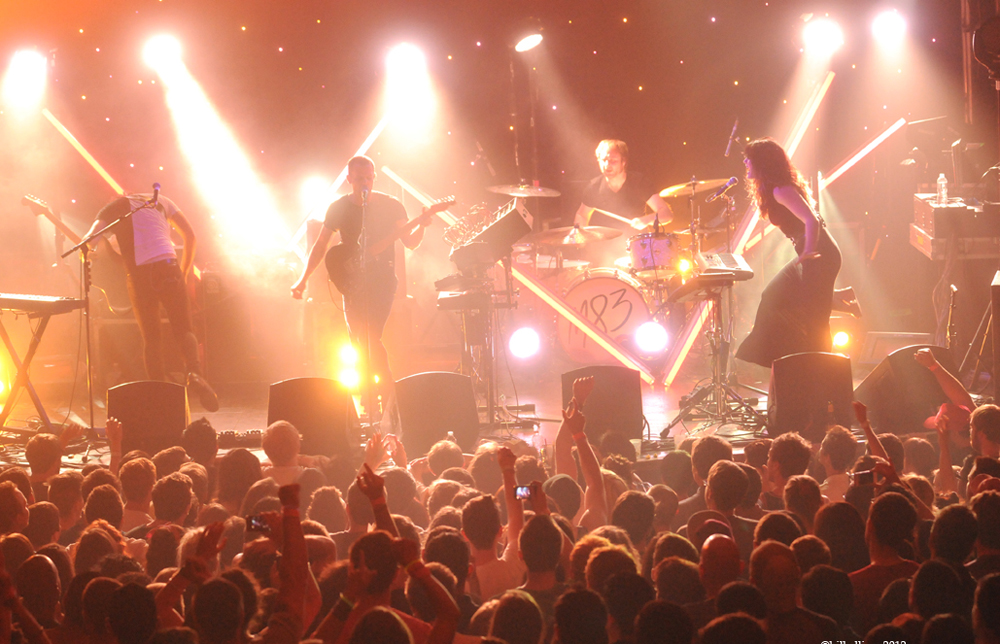 Back to the Future for MAC Aura™ on M83 World Tour

Touring in support of their latest album, "Hurry Up, We're Dreaming," Sarah’s design recalls ‘a vision of the future as imagined in the past’ with elements like laser tag arenas, late 80s school supply graphic design (Trapper Keepers, Lisa Frank…), and old sci-fi flicks as her inspiration.

Retro-futuristic look
“The first tours included a simpler LED mover,” she explains, “but as the shows grew, I was able to upgrade to the Aura. I love the look of its bubbly face and felt it would fit really well with the retro-futuristic look of the show. When zooming, it resembles a little alien with compound eyes.

“The Aura's ability to reveal two colors at once, through the beam and its aura, is my favorite. I've had a great time experimenting with color combinations and syncing strobe effects. The fixtures are super-fast and sometimes almost too bright for clubs. They certainly hold their own on festival stages, as well.”

“The LC panels and the P3 processor are simple to setup and use, and the panels are extremely bright,” she says. “When they're off, they're interesting to back- and up-light as set pieces, and their translucence is key for our LED star backdrop.”

The M83 tour, which has played dates in the U.S., Europe and Oceania since late last year, all in increasingly larger venues, returns from Europe for a North American leg starting August 1st. Lighting vendor for the U.S. legs has been Scharff Weisberg or Epic Production Technologies, depending on the logistics of the tour, with sub-rental of the LC panels through Mainlight. Such an ambitious tour across multiple countries requires an exceptional crew and Sarah sends special kudos to touring lighting tech Rex Vanstee, who she calls “a voice of reason, an immaculate cabler, and integral for quick changeovers.”