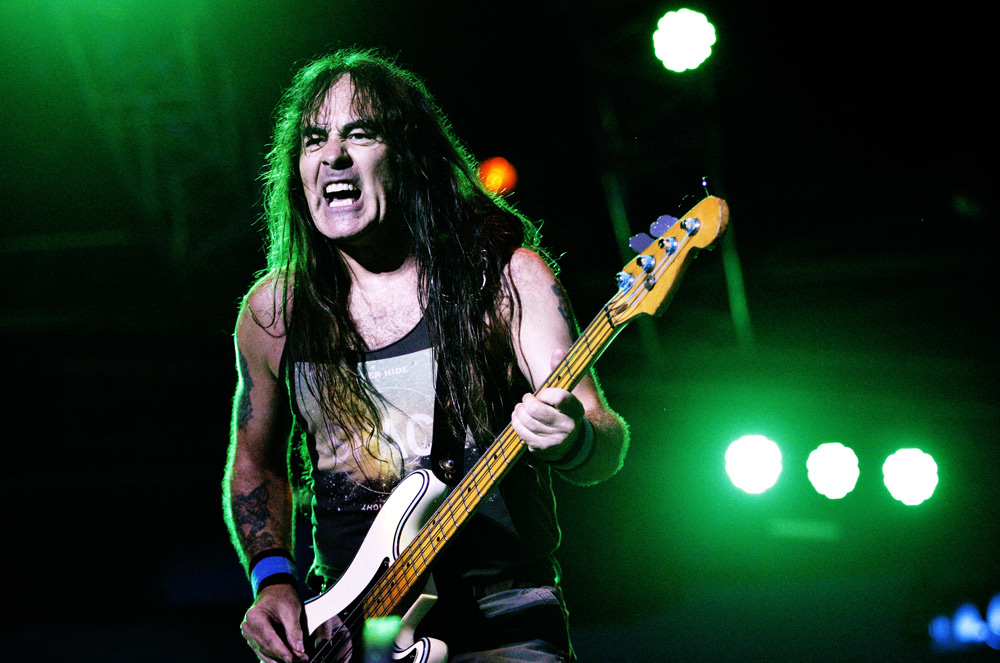 Perhaps the world’s best known outdoor music festival, Glastonbury, took place in June and as in year’s past featured a plethora of Martin gear. Neg Earth supplied Martin MAC III Profiles and Atomic strobes for LD Willie Williams for U2’s performance on the Pyramid Stage; MAC III Profiles and Stagebar 2™ linear LED battens on the Other Stage for the Chemical Brothers, Mumford & Sons, Friendly Fires, and Jessie J; and a Martin M1™ lighting console for LD Richard Karkum on the Other Stage for Kaiser Chiefs. A Jem Roadie Compact™ high-output fogger was also used to provide professional atmospheric effects for several acts at Glastonbury.

The iTunes Festival, held at The Roundhouse in London, saw 62 artists perform over 31 days in July.
Martin kit on the festival included a Martin M1 console and MaxModule Submaster™ and MaxModule Button™ wings for TV LD Stan Crocker and TV lighting operator Seth Robinson. Stan specified MAC 101s around the balcony, along with Stagebar 2s and MAC 401s to architecturally light the Roundhouse while the MAC III Profile was the predominant fixture on stage. The on stage mid-air projection haze came courtesy of Jem K1 Hazers™. Among the acts were Foo Fighters, Coldplay, Adele, White Lies, Chase & Status, and Linkin Park who used their M1 and extensive MIDI triggering. Rental company for iTunes was White Light and Production Electrician was Alan Boyd.

In June, another iconic UK festival, the Isle of Wight Festival, which dates back to 1968, featured a predominately Martin rig for the Big Top stage with Prism Lighting supplying MAC 101s and MAC 700 Profiles and Washes.

Festival De Cornouailles (France)
Festival De Cornouailles is the new name of Quimper, France’s classic festival where street musicians, dancers, singers and performers take to the streets for what is one of the largest celebrations of Breton culture in the world. At night, the focus turns to concerts with this year’s headliners including James Blunt, Suzanne Vega and others.

LD François Guillet, who used Martin MAC 700 Profiles, MAC 401 Dual RGB Zooms and LC Plus Series LED panels on the main stage, singled out the MAC 401 as an extremely useful side light with warm color and cold or warm shades of white. The fixture’s FX macros were used for audience lighting between concerts and during applause. A Martin M1 lighting console and three Martin MaxModules were used to control automated and conventional luminaires with a Maxedia Compact™ media server, linked to the M1 using CITP, handling graphics for the LED wall.

Guillet had a novel idea to provide simple media looks onto the LED walls and connected a Martin ShowDesigner™ (MSD) 3D visualizer to the Maxedia video input to capture MAC 700 beams, multiply them, choose camera views and control the video at the same time. Sound and light for the festival was provided by SIWA with the help of MES.

“The design required a large number of small yet powerful lights and the Martin MAC 101 and 301 proved surprisingly powerful and fast,” Dubkovs states. “Selection of the gear helped save on our production budget because of the small size, weight, and low power consumption. We used a minimum of DMX channels for such a large amount of equipment which in turn empowered artists to create lighting solutions that didn’t depart from their designed performance concept.” Martin’s distributor in Latvia is Pro 1 Stage.