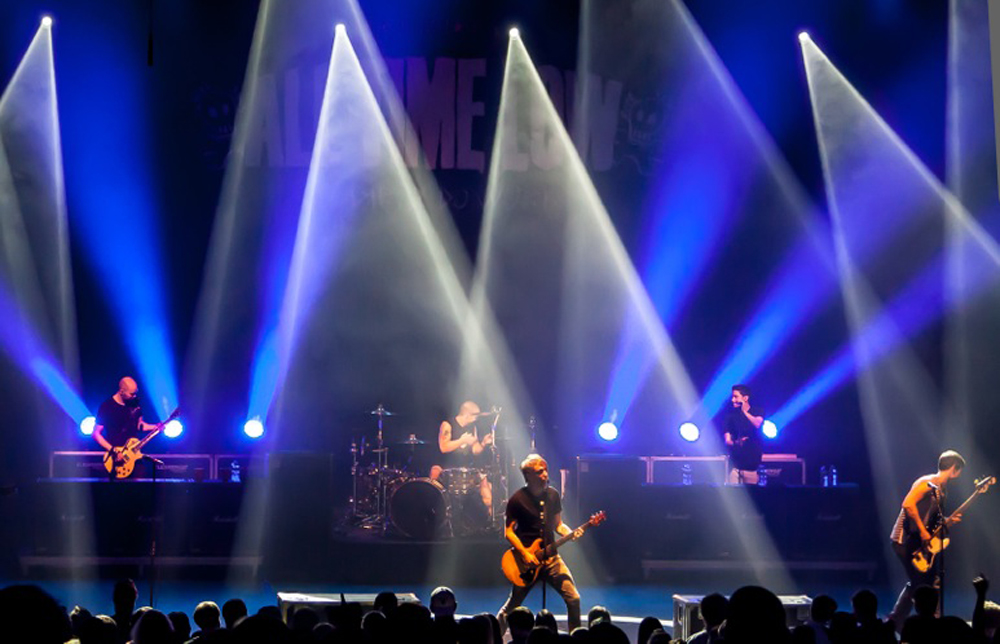 Milwaukee-based Clearwing Productions added 48 Martin MAC Aura LED fixtures to its inventory and promptly debuted the award-winning fixture on an All Time Low concert before hiring them out for work on a number of other events including Chris de Burgh’s U.S. tour, the Macy’s Glamorama multi-city summer tour, and Tiesto’s Summerfest concert at the Marcus Amphitheater in Milwaukee.

All Time Low played the Millikin University Big Event at the Kirkland Fine Arts Center in Decatur, Illinois earlier in the year with lighting designer Jeff Maker placing the compact LED wash lights each side of the drum riser for colorful beam looks. Winner of the PLASA Award for Innovation, the MAC Aura is the first LED fixture to combine multicolor LEDs with a backlight color mixing system to produce a whole new visual palette.