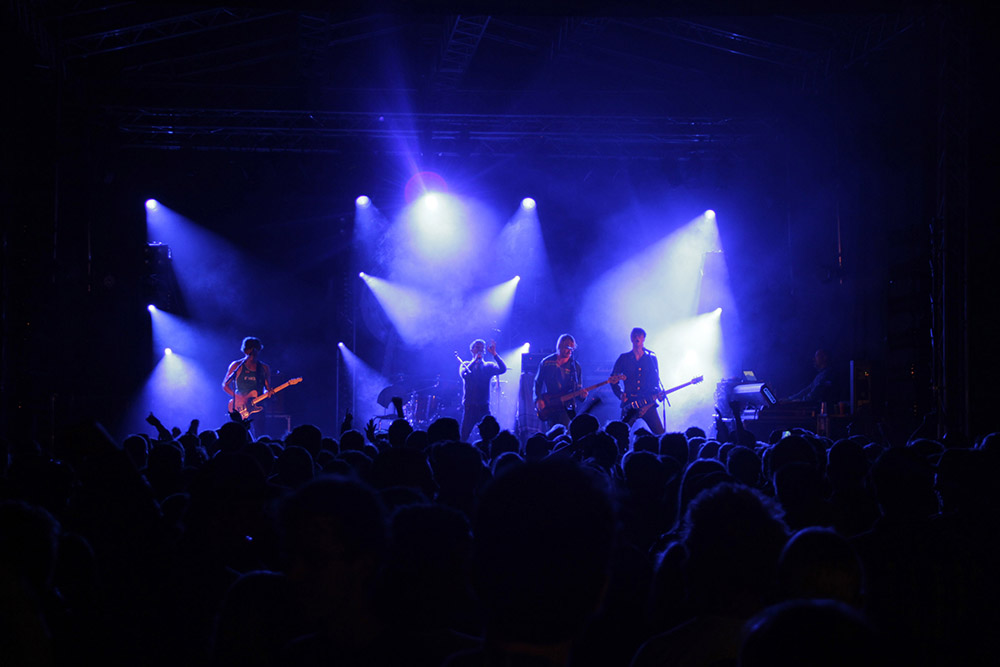 In late August, d’light completed technical production of a student festival on the University of Agder campus in Kristiansand. The event, a celebration to mark the beginning of the school year, featured live entertainment with lighting design by Ronnie Tungland who incorporated the newly purchased MAC 350 Entour and MAC 101 LED wash lights along with Martin MAC III Profiles.

Using an 8 x 10 ground support, the MAC 350 Entours were mounted on the back wall on four arm trusses. d’light chose to stock the cutting-edge LED profile because their 8000 lumens of brightness allow them to punch through without looking weak compared to bigger fixtures like MAC IIIs, says d’light’s Eirik Kvia.

A Jem Compact Hazer Pro was used to provide the atmospheric smoke effect and mid-air lighting canopy for the event while lighting control was from a Martin M2GO lighting console.