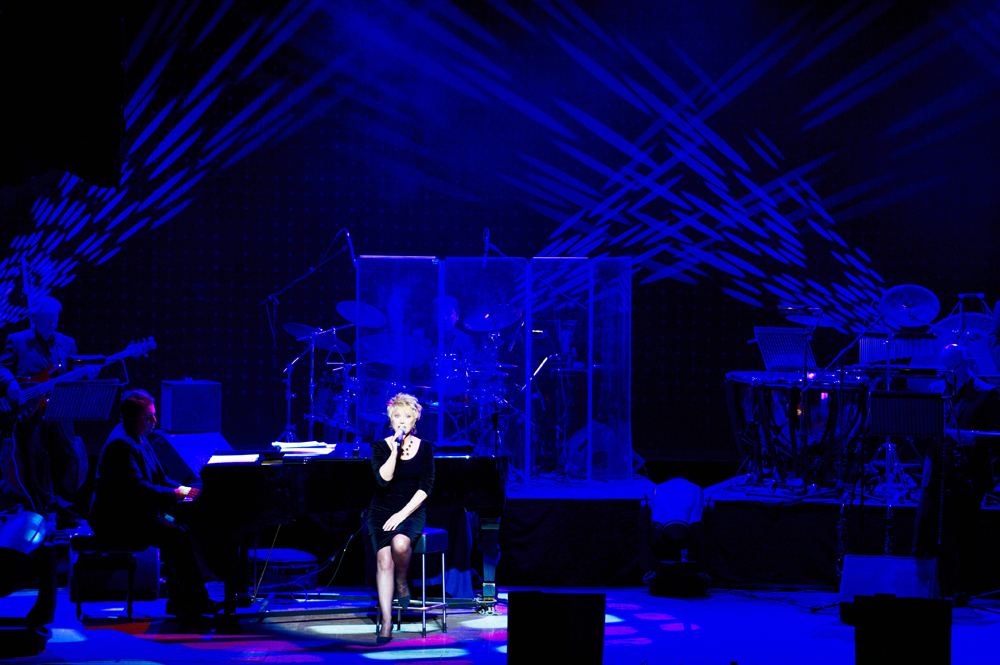 Amber Lites of Scotland were the first rental company in the UK to invest in the Martin MAC III Profile™ and promptly supplied the fixture as part of a Martin lighting package for multi-faceted entertainer Elaine Paige’s recent anniversary tour.

Best known for her work in musical theatre and often referred to as “The First Lady of British Musical Theatre,” the English actress is also an accomplished recording artist who can often be found on the road performing her many hits.

Celebrating 40 years since her professional stage debut, Paige played a string of shows across the UK in February and March beneath dynamic light from 6 Martin MAC III Profiles™, 8 MAC 700 Washes™ and 10 MAC 700 Profiles™.

“We aim to maintain a modern and comprehensive stock of lights, and as one of the most prominent and technologically advanced lights presently on the market, the MAC III Profile fits into that nicely,” stated Bill Adie of Amber Lites. “It has all the attributes of an innovative moving head – brightness, easy exchange of gobos and most of all, total reliability and versatility.”

Handling lighting and set design for this latest outing was Martin Nicholas. “I really like the 700 range and the MAC III as well,” he commented, referring to Martin’s high performance moving heads. “The gear worked really well with very little maintenance.”

Nicholas positioned a single MAC III Profile in an upstage truss with the rest located at various positions on the floor doing architectural work on the walls and ceilings of the theatres and concert halls the tour visited.

“We didn’t really have a set so I projected a set,” he stated. “I took it out into the auditorium to dress the walls and ceiling, using lots of structural gobos as a scenic element.” Nicholas used both stock MAC III gobos and custom gobo designs.

One of the unique features of the MAC III Profile is a linked zoom and focus with an 11.5 to 55 degree true zoom range that zooms to full in a second. Nicholas commented, “The MAC III’s got a great zoom on it. I had as few lights as possible on the floor with as big a zoom as possible. I was doing it with five lights covering the complete auditorium walls and ceiling but probably could have used only three.”

The single flown MAC III Profile was used for back keylight. “I used it really wide with a soft gobo breakup and then had a MAC 700 really tight in the center of it to highlight Elaine,” Nicholas stated. “There was also a pianist stage right who she interacted with a lot, also in character. I ‘goboed’ him up quite a bit using a breakup, as well as the piano.”

As far as the MAC III specifically, Nicholas had this to say, “It’s a damn good light – it’s bright and did what it was asked to do. I was pleased.”

Amber Lites are proud to have supplied the Martin package for such a prestigious artist and tour. Will Potts and Bill Aide served as technicians. Bill Adie concludes, “I would like to thank Martin Nicholas for having trust and faith in the MAC III, as this was the first time he had used this light.” Aide also thanks Chris Hale and Dave Stewart of Martin UK “for their help and influence, and all at Martin for their input and general friendship.”