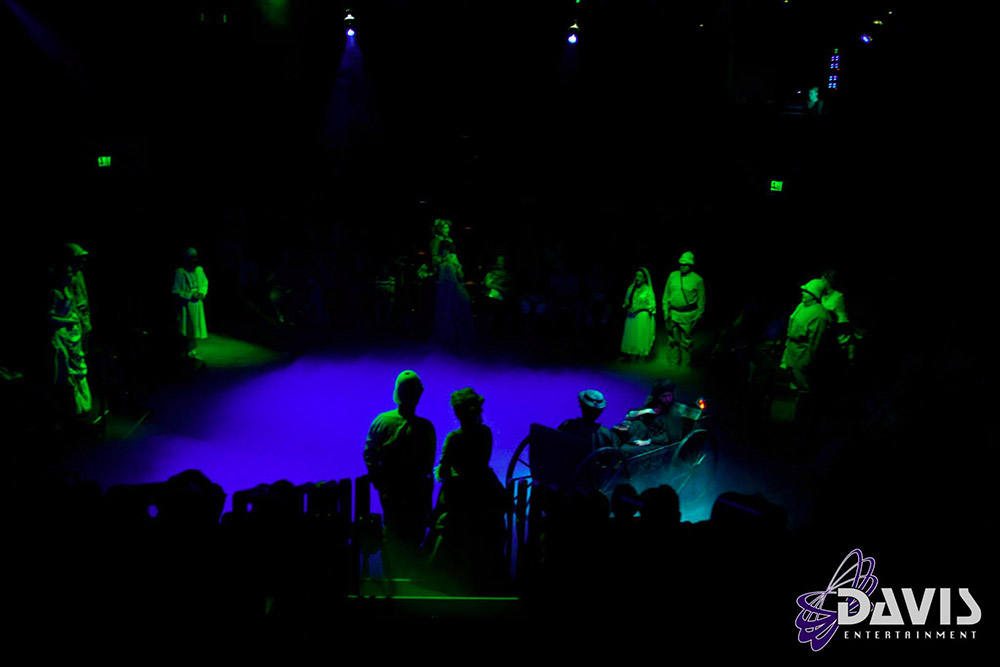 Jeff A. Davis of Davis Entertainment had the pleasure of christening the new MartinMAC Aura wash light at the Hale Centre Theatre in Gilbert, Arizona, for their first show of the season, “The Secret Garden.” The theatre in-the-round space added nine Auras (installed by Clearwing Productions) overhead to allow for color saturation and isolation.

Jeff A. Davis was the lighting designer hired for the season opener and could not be happier with the choice in fixtures. “Martin did an exceptional job with LED dimming and no color shift while fading; something fixtures from the competitors can’t hold a candle to.”

Martin also color calibrates all of their fixtures at the factory to be certain that all of the fixtures match. “The kinds of whites you can achieve from the RGBW engine is amazing and the output is breathtaking. I can proudly say that the Aura can stand up to the high standards of a theatrical production where finesse requirements are high,” Davis stated.

Davis likes these fixtures so much in fact that his company added them to their local rental inventory and immediately deployed some on Phoenix Theatre’s production of Spamalot. “Once people experience what they can do, it shouldn’t be difficult for them to want to use them again in the future,” says Davis.

More photos from the production can be viewed on Davis Entertainment’s Facebook page, and a video trailer for The Secret garden can be viewed at www.haletheatrearizona.com