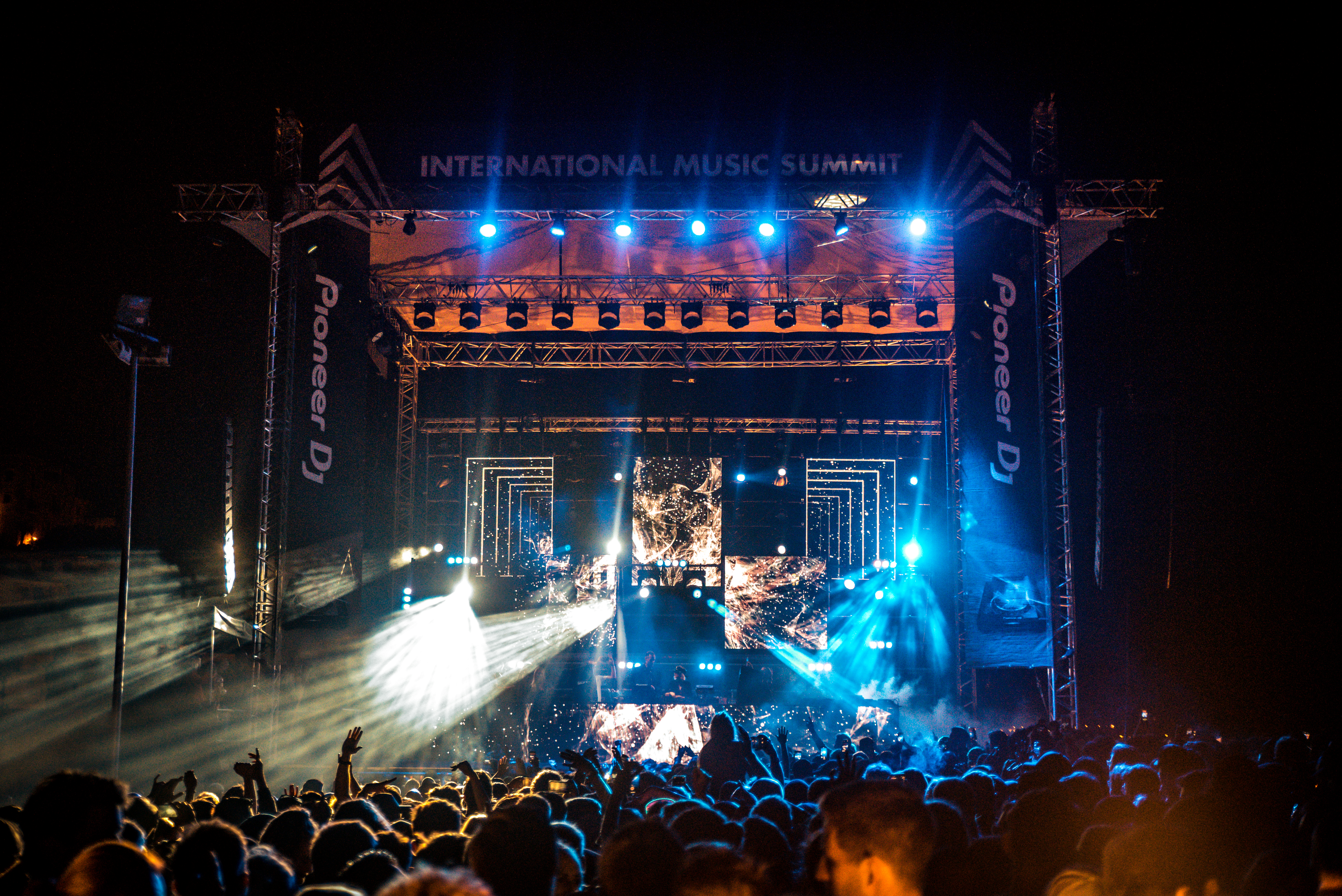 The International Music Summit (IMS) is an annual three-day EDM conference held on the Mediterranean island of Ibiza. Founded in 2008, the event features industry exhibitions and talks, as well as a spectacular grand finale show featuring performances by world-renowned EDM musicians and DJs. The grand finale is traditionally held in Ibiza’s historical Dalt Vila (Upper Town), a 2,500-year-old hilltop fortress that rises above the city. The Shop Ibiza has provided production support for IMS since the event’s first year, building increasingly ambitious stage designs each year. This year, The Shop collaborated with lighting designer Nick Jevons and Spanish Martin distributor SeeSound to create their most spectacular show yet. The Shop deployed Martin by HARMAN MAC Quantum, Viper and Aura lighting fixtures as well as the new VDO Atomic Dot hybrid lighting and video fixture to create a dynamic, synchronized display.

“The show was, without doubt, one of the best Dalt Vila events we’ve ever been involved in staging,” said Simeon Friend, Managing Director of The Shop Ibiza. “The support from Martin was exemplary, and Nick Jevons created a truly stunning spectacle. There were plenty of big names on the stage, but Martin’s awesome new VDO Atomic Dot has to be mentioned for its own stellar performance. IMS couldn’t have been happier and the reaction from the crowd said it all!”

Jevons’ design featured an array of Martin MAC Quantum, Viper and Aura fixtures behind the performers, interspersed with small clusters of Martin VDO Atomic Dot fixtures. The Quantum and Viper fixtures provided dazzling beams, spots and effects, while the Auras provided rich, smooth washes. The VDO Atomic Dot is a compact hybrid lighting and video fixture that can function as a strobe, small blinder, video pixel or a small spotlight. The entire lighting rig was synchronized with three large video screens via P3 control, including two screens behind the performers and one long strip downstage in front of the DJ gear.

The stage and lighting assembly took a full five days to build, and since access to Dalt Vila is restricted to narrow lanes, all equipment had to be loaded onto small vehicles to be hauled uphill to the site. The MAC fixtures’ lightweight, compact design made transporting and rigging the fixtures a safe and efficient process with no damage to the historical site. The day of the show saw heavy rains at first, but the weather- protected fixtures performed flawlessly and the weather let up not long into the seven-hour event. IMS staff later proclaimed the show the best in the conferences 11-year history.

“It’s always a pleasure working with The Shop,” said Mike Walker, Senior Sales Director at Martin. “Simeon and Jesse are very good at what they do and always deliver—whatever the circumstances or difficulties. The industry is constantly growing and changing and we need to be close to what’s happening in order to keep pace, remain relevant and provide the innovative products that help creatives to deliver bigger and better shows. The Dalt Vila show at IMS was a testament to exactly that, and to see our lights amplifying the energy and music from the DJs on stage, with the crowd going crazy, is what it’s all about.”