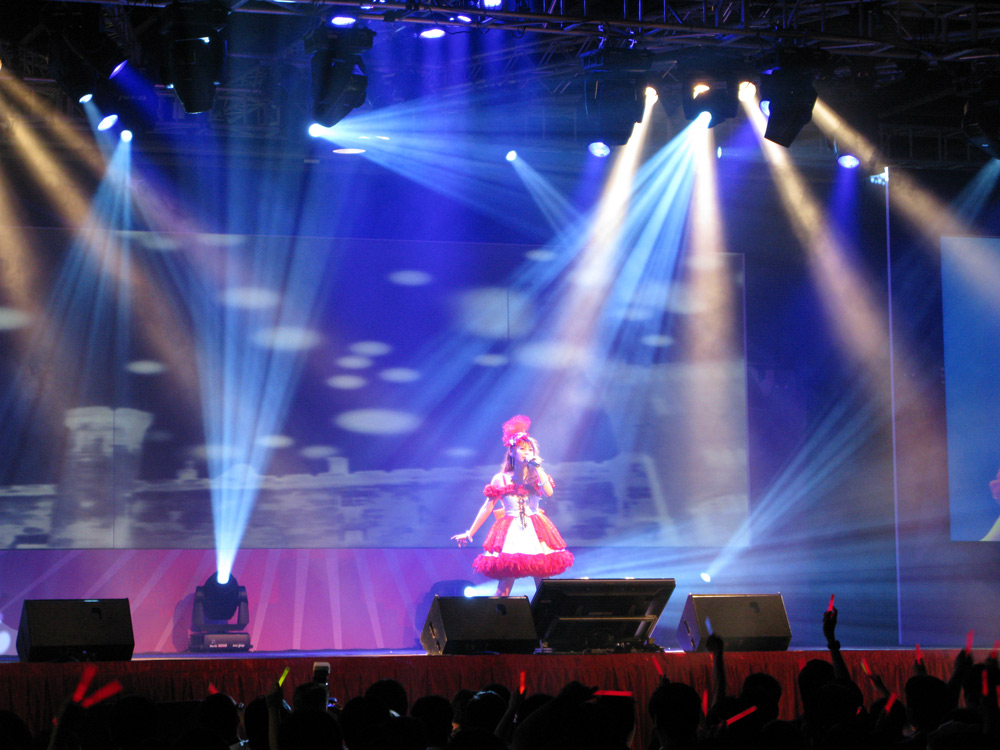 Trio AV of Singapore supplied audio, visuals, trussing and lighting for the two-day event with a package that included Martin MAC 2000 Profiles™, MAC TW1 Washes™, MAC 2000 Washes™ and MAC 301 Washes™ with lighting control from a Martin Maxxyz Compact™ and two of the new MaxModules, MaxModule Submaster™ and MaxModule Button™. Video clips for the wide projection screen were from a Martin Maxedia PRO™ media server.

Maxxyz Compact
Programming the Maxxyz Compact was Joel Tay who has worked with a number of different lighting desks but finds the Maxxyz to his liking.
“After attending the software version 2.6 training conducted by Paul Pelletier, I decided to go for a change and try a different console,” Tay comments. “I like Maxxyz, especially the new Patch functionality. It’s easy to use, fast to program and has great possibilities. Together with the MaxModules, Maxxyz is definitely a powerful and versatile tool.” Joel thanks Jeffrey Ong (Martin Singapore) for the invaluable support he provided.

MaxModules
The Martin range of stand alone MaxModules allow for customization and the specific control demands of a show, effectively allowing users to design their own console. Five innovative modules are available to build a custom console or can be used with Maxxyz PC™, Maxxyz™ or Maxxyz Compact.

Maxedia PRO
Two Martin Maxedia PRO media servers were networked together to feed graphical content to three projectors for the AFA09 stage’s wide screen. One Maxedia PRO was used for video content and the other for backup purposes. The Maxedia PRO was linked to the MaxModules to recall cues and transitions. It was also connected to the Maxxyz Compact to give the media server more controls and functionality. Maxedia programming was executed by Tan Eng Meng.