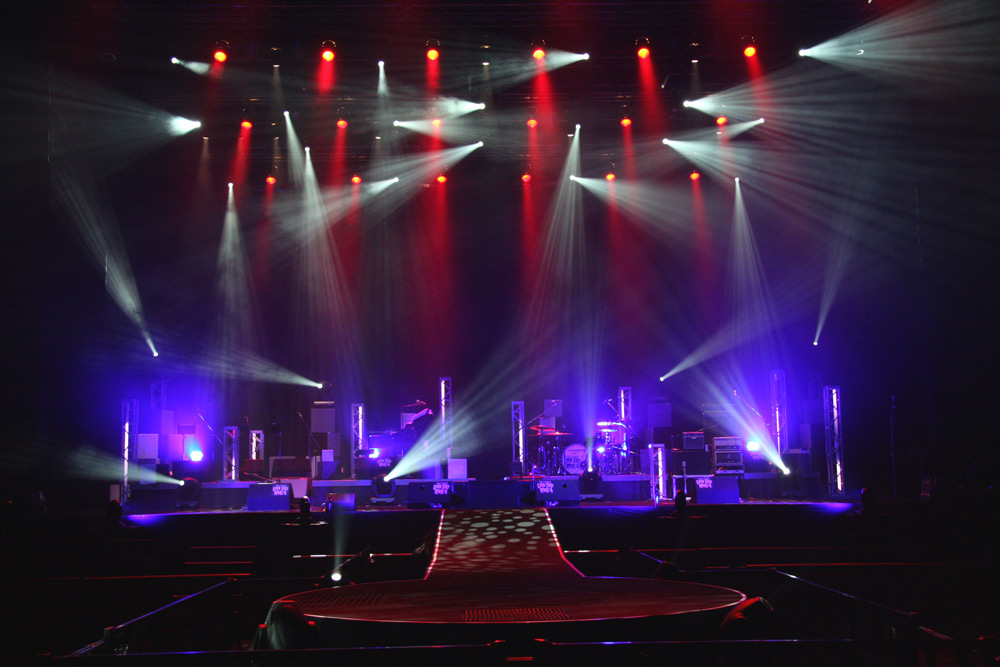 Since her debut in 1998, pop singer-songwriter Aiko has remained one of Japan’s most popular artists. A million selling artist, her popularity has even seen her serve as the basis of a Japanese manga character.

From July to September 2009, Aiko toured live venues all over the country bringing with her a rig that included several MAC 301 Washes and MAC 500s. Her “Love Like Rock vol.4” tour represented the Japanese debut of the compact and versatile MAC 301 Wash, an LED moving head washlight with a powerfully fast zoom and 13 - 36° zoom range, including four fixtures on the ceiling truss, four downstage, and four more upstage for silhouette effects. Three dozen MAC 500s also served for cool narrow iris chases and colorful effects.

Lighting designers for the tour were Masa-aki Kamishima and Masahide Maeda who had this to say about the MAC 301 Wash.

“The MAC 301 Wash is very compact and bright. The response is good and fast, and its zooming function makes it very versatile,” stated Masa-aki Kamishima. “I feel this is one of the best fixtures that have come out recently. Having LED as its light source, it can be placed close to performers, giving relief to the programmers who do not have to worry about heat. LED video is also now commonly used and in order to compete with that, fixtures like the MAC 301 Wash will become a standard I believe.”

Masahide Maeda commented, “This time we are using them as regular wash lights, and by placing the fixtures at different places on stage, ceiling, foot, back foot, we were able to achieve various wash effects on the performers, instruments, trusses and back curtain, and used them also for crowd blinding. The MAC 301 Wash’s brightness and wideness are very good and I did not feel as uneasy as I expected about the typical LED dots being visible. With the fixtures placed at back foot stage we had no heat or noise problems at all although they were very close to the instruments.”

Aiko’s songs are frequently featured on television dramas and commercials and she is well known for her interesting and funny M.C. talk during shows, which deeply connects her with the crowd. Once “Love Like Rock vol.4” was over, Aiko immediately carried on touring at halls nationwide with her “Love Like Pop vol.12” show. This tour also features MAC 301 Washes and is scheduled to end in February 2010.