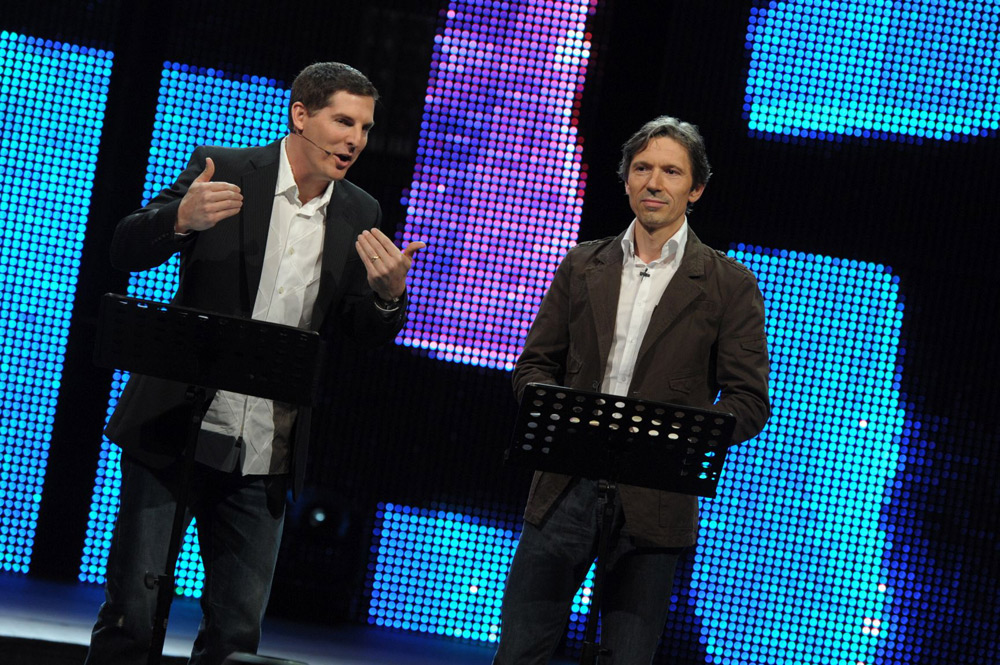 LC Series™ Sets the Stage for Global HOW Leadership Summit

The Willow Creek Leitungskongress, a HOW leadership summit and training event held in Karlsruhe, Germany in late January brought together church staff from around the country with the aim of becoming better leaders.

Held in Dm-Arena, the event was put on by US based ministry Willow Creek Community Church of Chicago and was also broadcast live to a satellite location in Winterthur, Switzerland.

“They went up without a problem, which speaks to the ease of use of the LC panels and also to having someone like Daniel Kaminski who understands how the product works and how to get the most out of them.”

“We chose the LC panels because they were available, look good, are easy and quick to set up, and since the update to the RJ45 version, are easy to configure,” commented Kaminski. “The rental price is affordable as well.”

The LC panels, positioned upstage in segments of varying height, were used as a digital background as well as to enhance the energy of the music. “They worked without any problems from the second we turned them on,” Kaminski says.

“I would have to say that this was one of the best looking sets that I have been a part of creating for our conferences in Germany,” Todd Elliott concludes.