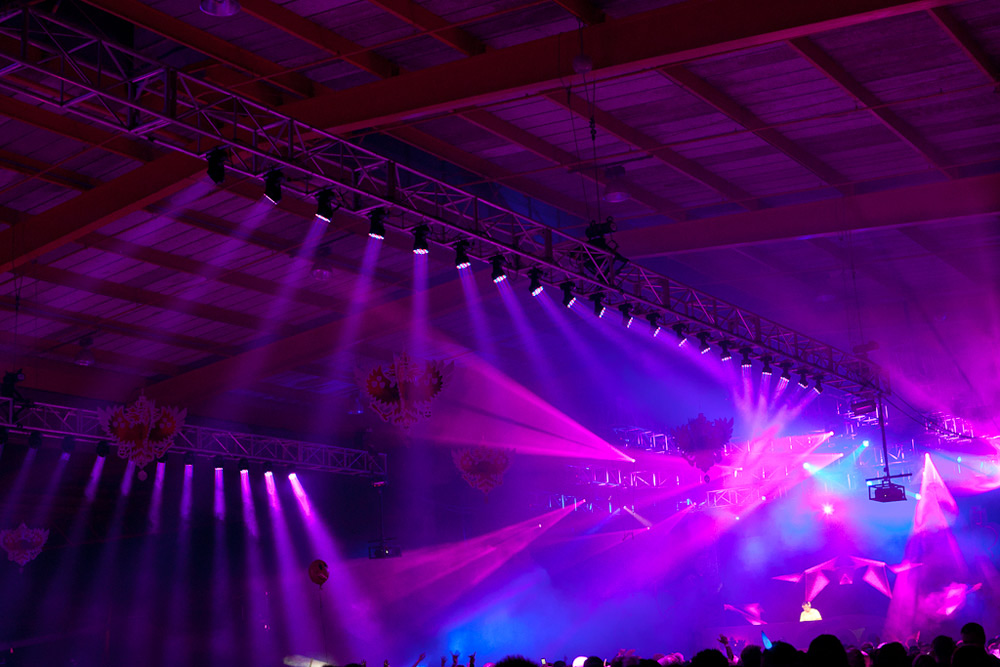 The world’s number one DJ, Armin van Buuren, chose South Africa to celebrate the launch of his “A State of Trance 500 Tour,” which played five cities on five continents from 19 March – 18 April and included stops in South Africa, Europe, USA, South America and Australia.

Leading South African rental house Complete Event Solutions (CES) was the number one choice as technical supplier for the South African leg. Just after Martin Professional distributor Electrosonic SA received their demo stock of MAC 101s, Bruce Schwartz from Electrosonic invited Dylan Bridle to see them in action. Dylan’ initial skepticism at the size of the units fast turned to utter amazement and instant “I need those.”

Although the units were in short supply due to huge demand, the 101s arrived a day before load in with 48 units rigged in two straight rows of 20, and a further 8 units dotted around a circle truss directly over FOH. The venue came to a standstill once the units were turned on. Dylan smiled ear to ear and CES’s LD Martin De Bruin was speechless with an equally large grin.

Needless to say the client was blown away.

The all Martin rig consisted of MAC 700s, MAC 2000s and Atomic 3000™ strobes while the MAC 101s with their speed and intensity made for easy visual effects over the crowd. The evening was a sellout with over 12000 party goers immersed in a sea of light, sound and visual technology.

Armin van Buuren has been ranked as the world’s number one DJ for four years running by DJ Magazine and has won various other top awards over the past few years.