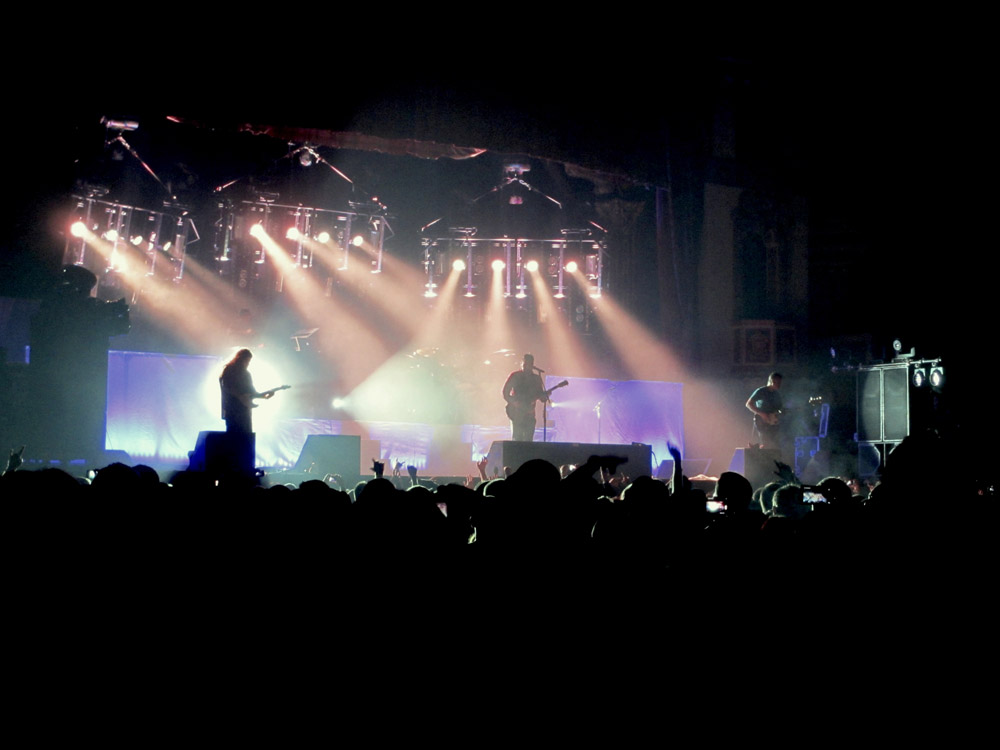 With ever-increasing fuel costs, the mandate from alt-metal band Deftones for this fall’s North and South American “Koi No Yokan” tour was for a stand-alone lighting package that could play a wide variety of venues while maintaining an 18-foot truck footprint.

The result is a system that looks big and packs small and revolves around Martin Professional’s compact MAC 101 color changer.

“The compactness of the MAC 101makes it really the only fixture that could deliver the mandates from the band while staying inside the production parameters,” states tour lighting designer and director Robb Jibson, who has been handling lighting for the band for the past three years. “The small size and big output of the fixture make it great in a time where everyone is looking to get more value with less production support.”

Seeking a package that could tour independent of the use of any house gear, 40 MAC 101s were built into custom-fabricated truss carts, an ingenious solution that allows the fixtures to be flown in a snap.

“Being able to have a complete lighting system saves the daily time of incorporating local units into the show. The carts have the ability to be flown, stacked on house risers, or worst case, sit on the floor, so they are really versatile,” Robb says.

The 101s are used in the system for big graphic aerial looks, emphasizing solos and back lighting on the stage. “All of the 101s are mounted horizontally and we are proud to report that we have had no issues with them as they have lived this way for the last 12 weeks or so!”