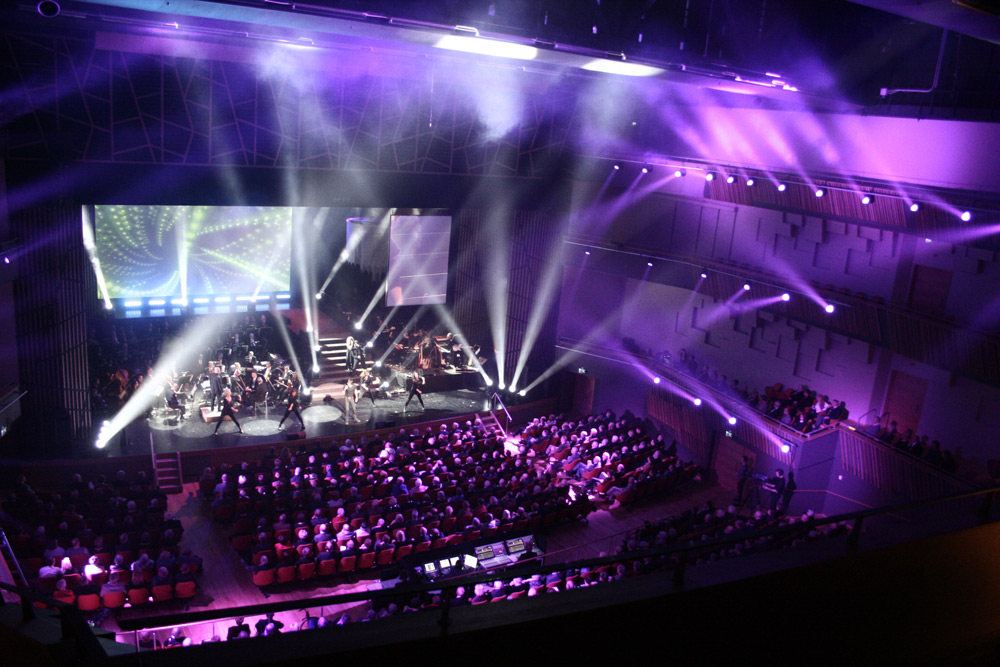 Lighting designer Jakob Larsson of Light it turned to Martin Professional’s versatile MAC 101 wash light for the Grand Opening of the Karlstad Congress Culture Center in Sweden. The three night celebration, held from January 20-22, was a celebration of the city of Karlstad and the province of Värmland and included notable talent from the area performing pop, rock, and jazz music.

“The Karlstad Congress Culture Center is one of the biggest concert venues in northern Europe and as such the event company wanted to show the people of Karlstad what the venue could be and do,” Larsson explains. “They wanted to show the possibilities and demonstrate that it can do everything. We had heard about the 101s and really wanted to try them.”

Larsson placed MAC 101s on three levels around the audience (some on balconies) in order to integrate the room with what was happening on stage. “We created a very nice environment in the room and also used them as visual support for the acts, especially the faster rock and pop numbers,” he explained. “The speed of the fixture is the best and it was really good for the upbeat numbers. I also like the beam angle; it can get really small.” At the furthest balcony position the 101s were throwing light up to 35 meters but Larsson reports that the distance was no problem.

He also used the 101’s warm color temperature to bathe the oak wood and paneling of the concert hall in a warm aesthetic. “It made for a cozy atmosphere and really made the wood come out, as it if was glowing, almost burning.”

Other Martin gear used on the event was MAC 250 Beams™, which Larsson had placed on stage for beam effects, as well as MAC 700 Wash™ and MAC 700 Profile™ fixtures, along with Martin Stagebars. All Martin gear for the event was supplied by Woodlite of Sweden.