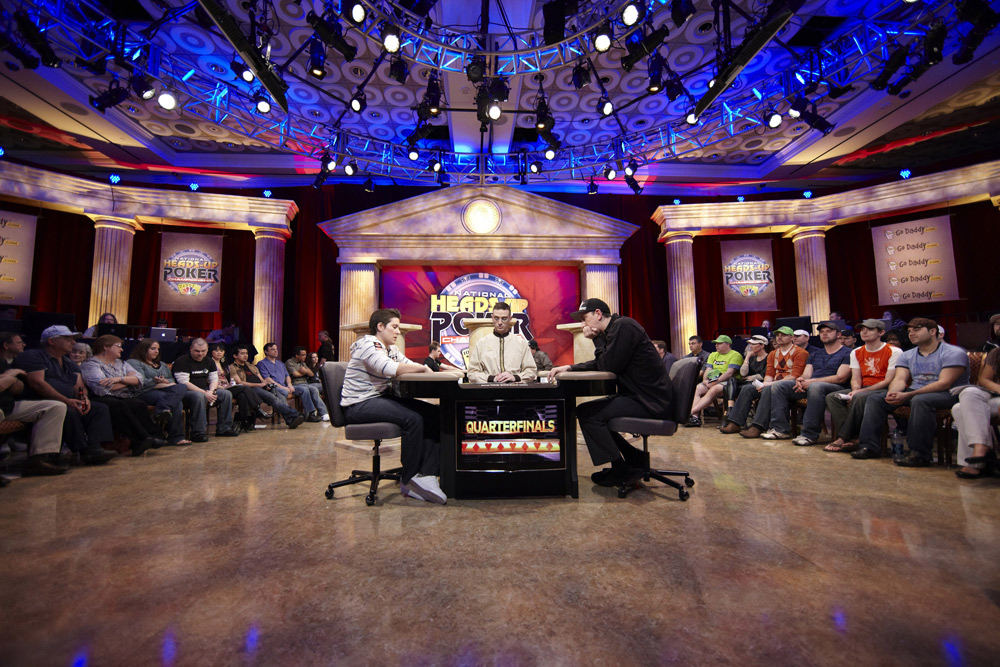 Held at Caesars Palace in Las Vegas from February 27-March 7, the National Heads-Up Poker Championship was the first poker event ever to be televised on and produced by a major US television network.

Stars of the show
The set design depicted a Roman coliseum and the 101s were chosen based on size, weight, brightness and speed, Garrone says. “I placed 18 MAC 101’s (9 per side) on top of the Roman columns. We shot this show with two jibs and had star filters in them. I incorporated the MAC 101 into the lighting design to provide RGB stars (beauty lights) into the jib cameras. That way when we took a high wide of the set we had colorful, super bright stars coming off both sides of the set.”

A weighty decision
Weight and size were also key factors according to Garrone, and at 3.7 kg (8.1 lb) the MAC 101 can be mounted virtually anywhere.

“When the scenic design of the Roman Coliseum was created and approved, scenic designer Chris Runnells had to take into account that the set had to be loaded in and struck with ease. To make it easy to lift and carry, the columns were constructed out of foam. When I decided to place lights on top of these columns, weight and size of the fixture played a huge role.”

Raising the bar
In previous seasons of the show (this was the 7th season), Garrone used PAR 46’s, but the added feature set and versatility of the 101s added a new dimension.

“The PAR lamps did the job but once the 101 came out I knew they would raise the bar. Not only was the size and weight a perfect match but having the ability to move the lights added another layer to the effect. I was truly amazed that a fixture that is 9" square and only 12" tall could be as bright as it was. Plus the fact that the LED’s did not flicker on camera - even when dimmed - is another plus.” Lighting vendor for the show was CYM Lighting Services of Rancho Mirage, California.

Innovative Show Design has used Martin lighting on several poker-based shows to date, including NBC’s “Poker After Dark” and “Face the Ace,” FSN’s "Poker Dome Challenge," and GSN’s “High Stakes Poker” among others.