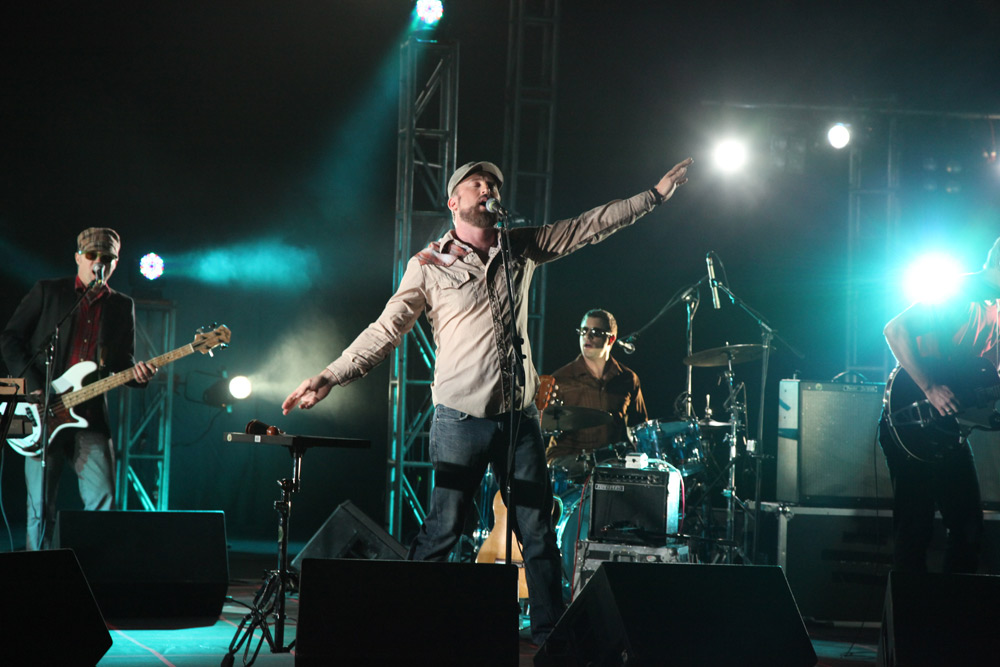 Popular Mexican television show “SesioneS” with host Alejandro Franco brings live musical performances by some of music’s top bands into the homes of fans across North and Latin America.

Visual Designer for the show is Tupac Martir of Satore Studio who sought a fast-moving color-changing fixture that looked good on camera. He found it in the Martin Professional MAC 101 and Martir incorporates several of the super-compact wash lights into his lighting and set design.

“We were looking for a quick lamp that could give us the range of colors that we needed while at the same time was small and good looking on camera since they would be seen and used as a feature,” Martir says of the versatile LED wash light. “Added to that, since they are so silent, we could put them anywhere as part of the set.”

The MAC 101 is a super light LED moving head wash with a tight and very bright beam, rapid movement and calibrated RGB color mixing system. Because it is so small and weighs in at only 3.7 kg, the 101 is extremely fast and can be rigged virtually anywhere.

Martir singles out the 101s fluent movement as exceptional, especially when used in long cues. He says, “Being TV, we always worry about how lamps will move - it can look very awkward - but the 101’s movement is very smooth.”

Lighting supply for “SesioneS” is by Pro3 of Mexico City who also handles all lighting operation on the shows. Pro3 acquire their Martin gear from Martin’s Mexican distributor, Audioacústica y Electrónica S.A. Broadcast by Sony Entertainment Television in Mexico and Latin America, and mun2 in the US, SesioneS presents a new artist every week from different venues across Mexico City.

Tupac Martir
Tupac Martir is a visual designer and creative director with a varied portfolio of projects in the arts and entertainment international scene. He has provided production design, visuals and lighting direction for Elton John, Sting & Jon Bon Jovi at Buchanan’s Forever, Beyoncé, Alexander McQueen, Stella McCartney, Vivienne Westwood, Coachella Music & Arts Festival, Nederland Dans Theater, the Mexican Telethon and L'Elisir d'amore with Ramon Vargas at the Mexican National Opera House, among others. His work has been published in major publications, such as Wallpaper* Magazine, Live Design and LSI, and he is well-known for creating unique productions for several art forms, like fashion, music, theatre, opera and ballet. Currently, Tupac is working on projects in the UK, US, France, Japan, Latin America and Russia, as well as creating and directing Nierka – his new multidisciplinary production, which will premiere in London at the Peacock Theatre in January 2012. http://www.nierka.com

Satore Studio
Satore Studio creates lighting and visual design for productions in music, dance, fashion, theatre and opera. With innovative projects worldwide, our world-class specialist teams combine state-of-the-art technology with unique design to enhance the spectators’ experience. The studio has worked with major organisations and significant artists, including Alexander McQueen, Vivienne Westwood, Stella McCartney, Louis Vuitton, Coachella, Elton John, Beyoncé and Sting, among others. As a specialist in arts and entertainment design, we bring a unique understanding of audience and artists’ needs for everlasting memories. www.satorestudio.com