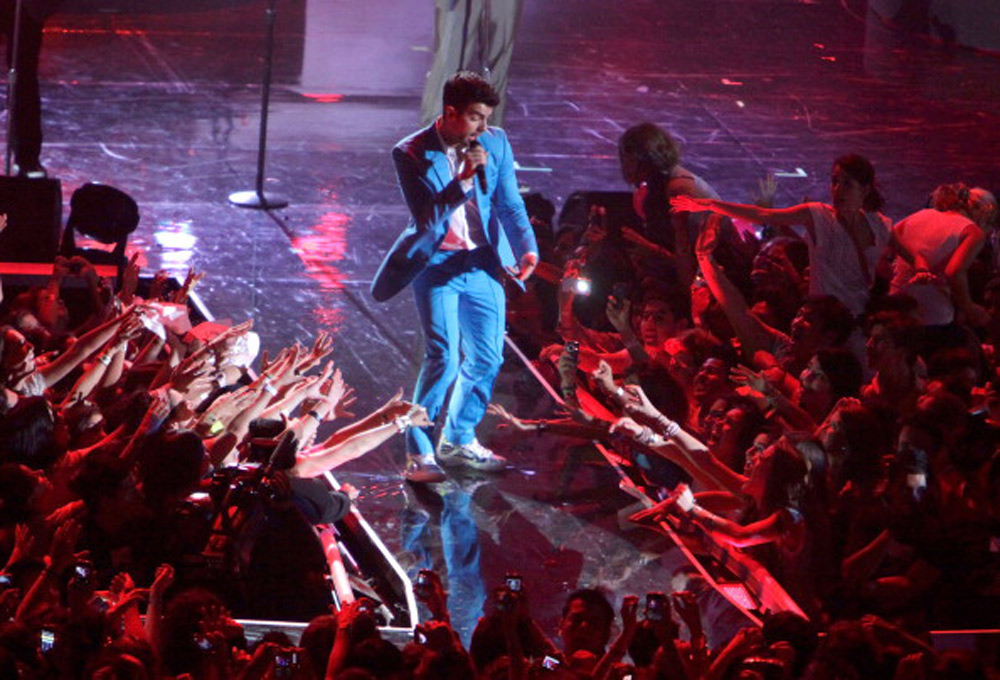 Peralta, who teamed up with Tom Kenny on the lighting design, used an array of MAC 101s™ along with 24 Martin Atomic 3000™ strobes with Atomic Colors™ color changers as the main effect lighting for the show, which took place in Mexico City in August.

“The 101s are extremely bright, are very reliable, fast and consistent in color,” Peralta says.

Held at the world-renowned Auditorio Nacional before almost 10,000 fans, MTV World Stage Mexico 2011 featured performances by pop stars Ke$ha and Joe Jonas on the same night and aired on MTV networks worldwide as separate shows later in the fall.

“The Atomic strobes are always a staple in our designs,” Peralta commented of Martin’s industry standard strobe light. “We use them for their mere solid impact. They are the best accent light on the market.”

Held in unique locations and broadcast on more than 62 MTV stations around the world, MTV World Stage events have evolved into some of the world's most exclusive concerts having featured some of the world’s top artists over the years including Lady Gaga, KISS, Coldplay, Green Day, Depeche Mode and many more.

The lighting team for MTV World Stage Mexico 2011 consisted of: