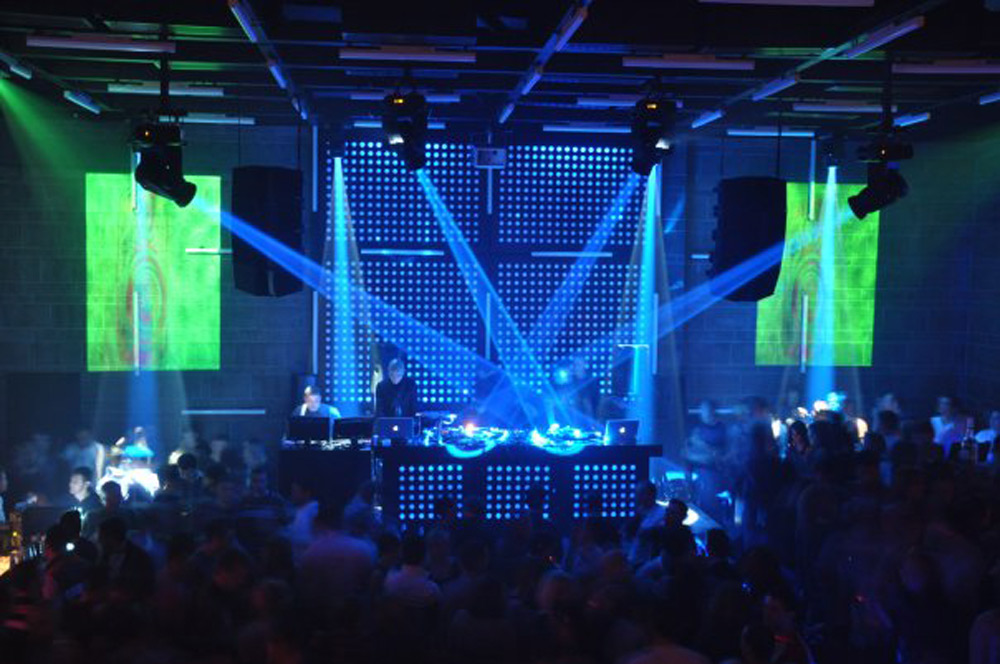 Mumja Club in Tirana, Albania is not only the newest club in the city it is also the best and busiest. That success is due in large part to a recent refurbishment that included a new Martin lighting package of MAC 250 Beam and smartMAC moving heads.

Reopened in December of 2009, Mumja is a 600 capacity club that features DJs from all over the world and also hosts live music. The new Martin gear was supplied by Martin’s Albanian distributor Prosound Shpk and also includes a Magnum 1200™ fogger and a PC-based LightJockey™ for lighting control. Lighting design was by Armand Dosti of Prosound.

“The club wanted high quality lighting but something other than the usual moving heads, so we suggested the MAC 250 Beam which has very good aerial effects,” says Sales Manager Kliton Gjika of Prosound. “It can also be used to highlight the live bands using the fixture’s frost effect.”

The 250 Beams are the first for any club in Albania and Mumja Club is happy with them. “The 250 Beam has a great output and an amazing impact for a 250 watt bulb,” he says. “And maintenance is low for both the smartMACs and the Beams.” The graphics from the smartMACs, which are used for background light and effects, are an attractive complement to the Beam fixtures. All the moving heads are located four meters above the dance floor.

“The lights have performed as expected with no problems at all,” Kliton Gjika says. “The investor, Andro Buxhuku, is happy with the fixtures and realizes that the Beams and smartMACs are a wonderful combination for the club.”

Manager of the club, Florian Cara, plans to use the Beam fixtures for the summer club Folie, which will be ready for the season in April.