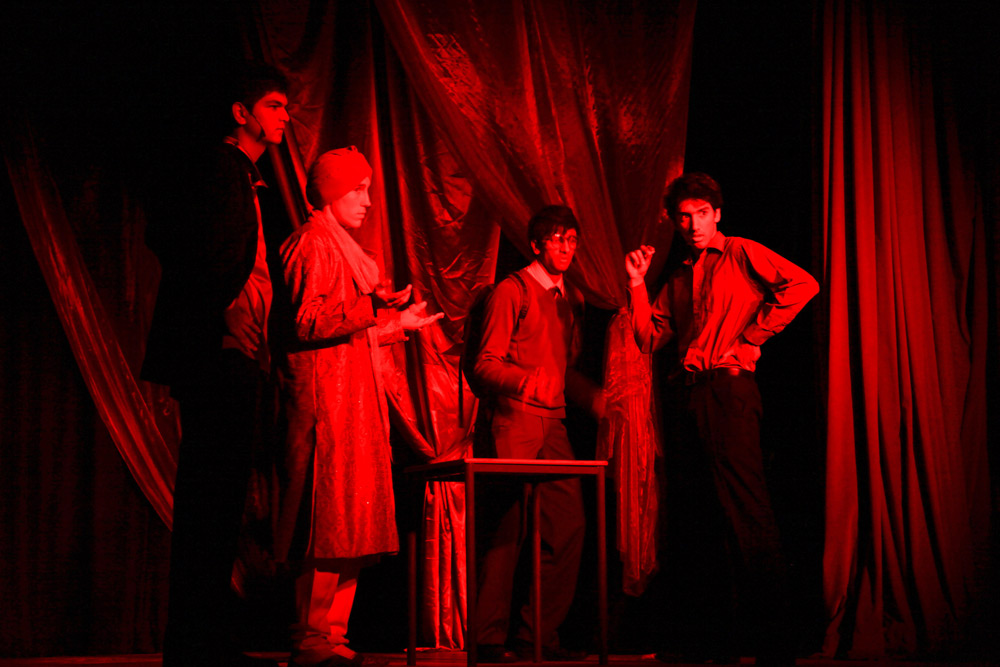 While preparing for their annual Asian cultural show, prestigious private school Merchant Taylors’ of London was faced with a problem.

“We had a pre-order of eight MAC 250 Wash fixtures to help light an average-sized stage with an audience of over 400 people per night,” states lighting designer Ben Yager. “Two weeks before show date, as we visited the hall for the second time, we suddenly realized there was insufficient power for the discharge moving heads we had pre-ordered from Stage Electrics. We immediately made a decision on what to do next.”

Yager, who describes himself as a “Martin fanatic,” insisted on using Martin products and remembered back to the PLASA ‘09 exhibition where the new MAC 301 Wash LED fixture was displayed. He was thoroughly impressed and fortunately Stage Electrics had recently invested in the new LED light.

“The low power consumption was perfect for a show like this,” he states. “We arrived for set up on the Sunday before the show itself and easily rigged the eight MAC 301s onto our 10 meter Trilite trussing in minutes. Powering all the fixtures on one single 13A socket was no problem and suddenly the lights came to life. We ran a test function on the easy-to use screen display and suddenly the stage was transformed. The zoom was astonishing and the bright vibrant colors were stunning.”

The MAC 301 Wash is an LED moving head washlight with a powerfully fast zoom and 13 - 36° zoom range that is capable of producing a wide range of colors through the entire zoom range. Useful across a wide range of applications, its high-power LEDs produce a bright and well-defined beam.

“The show was a true success,” Yager concludes. “We had the 301s running for eight hours a day and there was not one fault. I would recommend them to anyone. Our sound technician, Jamie Thacker, also praised the speed and silence of the LED technology.”