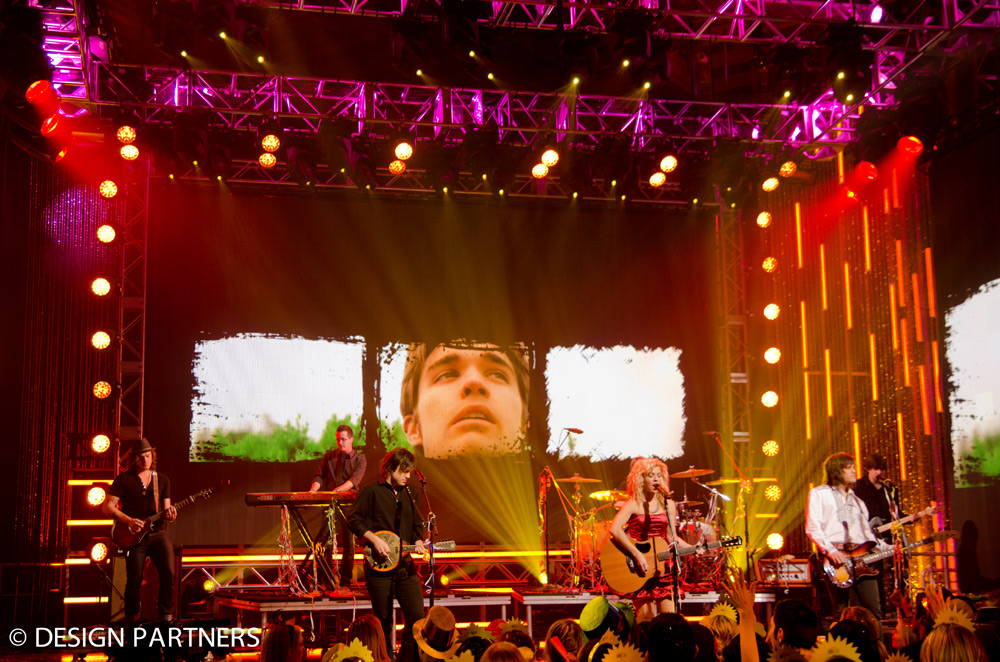 Lee Rose, of the Los Angeles-based lighting design firm Design Partners, has been handling the lighting for America’s time-honored “Dick Clark’s New Year’s Rockin’ Eve” show for an incredible 25+ years. Over the course of that quarter century he has developed a reputation for incorporating some of the latest dynamic lighting gear into his designs.

For this year’s 40th Anniversary show, he turned to Martin Professional’s new and award-winning MAC Aura™ wash light to give “New Year’s Rockin’ Eve” that something special.

“I chose the Auras after seeing a demo of them at the Martin Professional offices in Los Angeles,” he says. “Their small size and quick movement along with the zoom feature led me to specify them for this design.”

The MAC Aura is a unique LED moving head wash light with zoom that uses two independent color systems to offer new visual possibilities. It won a PLASA Award for Innovation last September and is proving to be an increasingly popular choice among LDs.

Rose added the Auras as a surround around the main upstage video screen of one of the show’s two stages. “The backlight illumination offered a nice contrast to the main beam color giving another dimension to the design,” he stated.