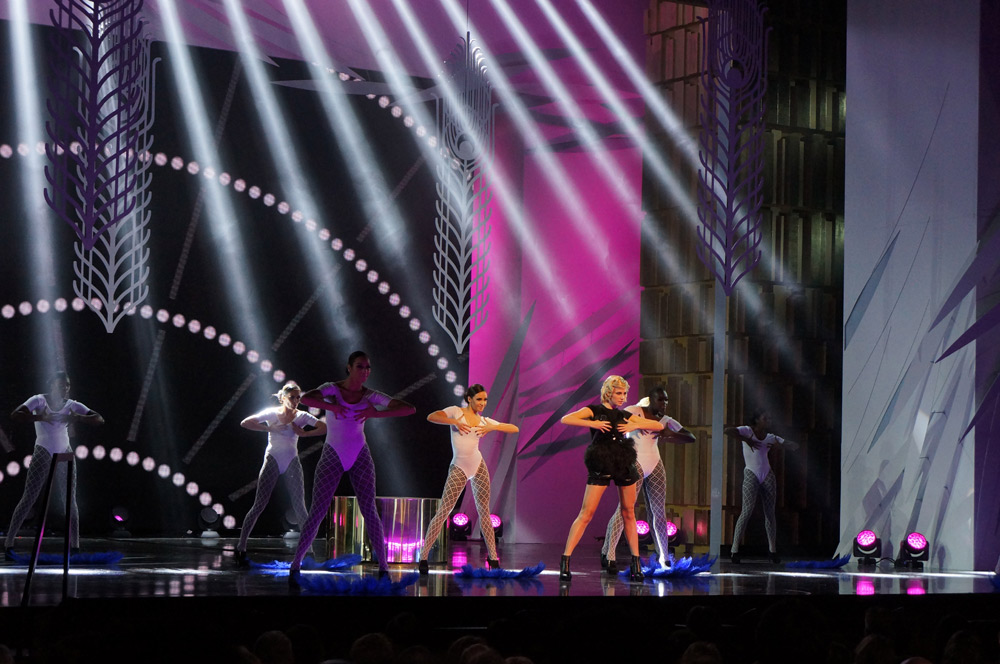 Nigel Catmur of Nigel Catmur Lighting Design Ltd, lighting programmer on the Royal Variety Performance for years, took over the role of lighting director on the 2011 version of the iconic UK gala show and turned to a Martin MAC rig that included the popular MAC Aura LED wash light.

“I was absolutely delighted with the look of the show and the Auras were in no small way a part of it,“ Catmur says. “Having been lucky enough to have 12 on the show I sort of think I can't imagine doing a show without them.“

Broadcast on ITV from The Lowry in Manchester, the show featured a variety of musical performances, theatre, comedy and specialty acts from the UK and internationally.
Catmur, who had planned to use MAC 301s, which he calls a “firm favorite“ in his arsenal, chose to replace them with MAC Auras that he placed at various positions on the floor at the base of the portals to the stage.

“As they are so attractive and small they look like a bespoke lamp rather than an ugly black lamp just shoved in,“ he says of the award-winning wash light that houses two independent color systems, one a beam system and one a backlight lens illumination effective in filling black holes on stage.