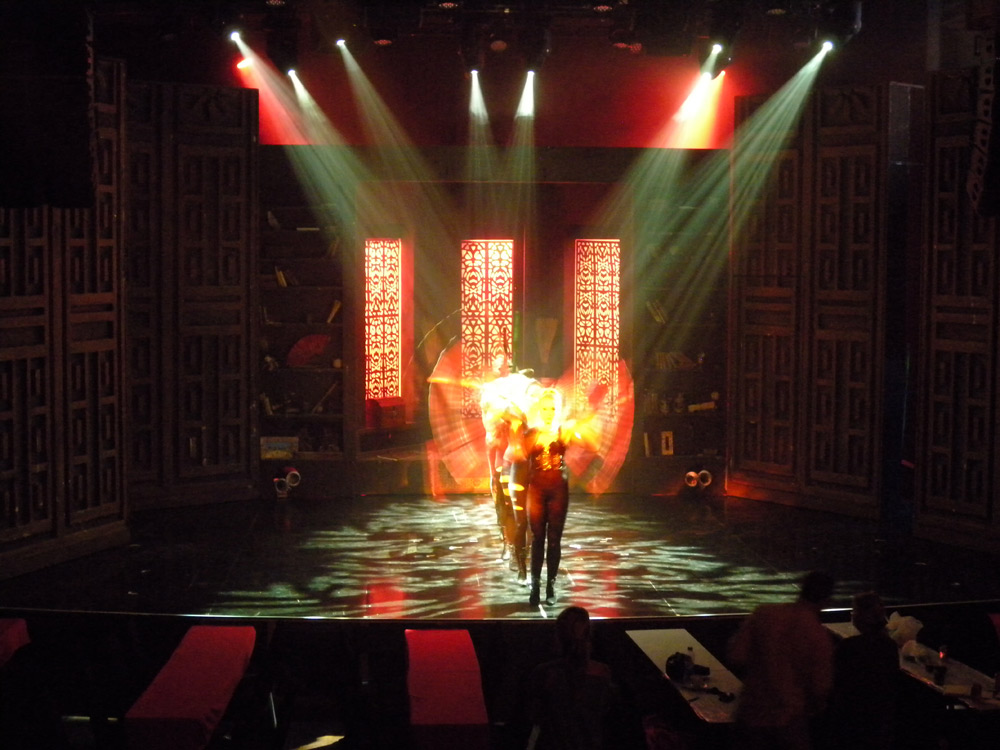 Playing at the Danze Fantasy Theatre, a 500-capacity new-built theatre in Phuket, Labero holds to a demanding schedule with performances five nights a week, two shows per night. Palmé looked across Southeast Asia for a rental company that could deliver a suitable rig for the ambitious show and eventually found Orange Events in Kuala Lumpur headed by Blurr Wong.

“It seemed to be a very professional company who worked with Martin gear and that was what I was looking for,” Palmé states of the Malaysian-based company. “They had just invested in the new MAC Aura and I thought that this would be a perfect unit to work with in this show together with the MAC 700 spot.”

Blurr Wong, Orange Events managing director, worked on site together with his staff, preparing all the lighting and sound installation for the show. “They were very experienced and know their stuff really well,” Palmé says. “Not only did I get all the help that I needed, it also came with a big smile from the Orange Events crew!”

“Genesis Magic Spectacular” is a high-energy performance complete with dancers, comedians and acrobats and enhanced with top-quality sound, lighting and pyrotechnics. The eighteen Auras work with twelve MAC 700 Profiles™ and have all functioned without problems according to Palmé.

“This was the first time that I have used the Auras and they are a fantastic tool!” he comments. “The brightness, the speed of the pan and tilt, and the zoom is amazing, and also the zoom-range. The colors you can get out of it are also great. So the opening of the first MAC Aura show in Thailand has gone really smoothly.” Control of the MAC rig is from a Martin M1™ lighting desk, which Palmé, as with all of the shows he designs, has programmed himself.