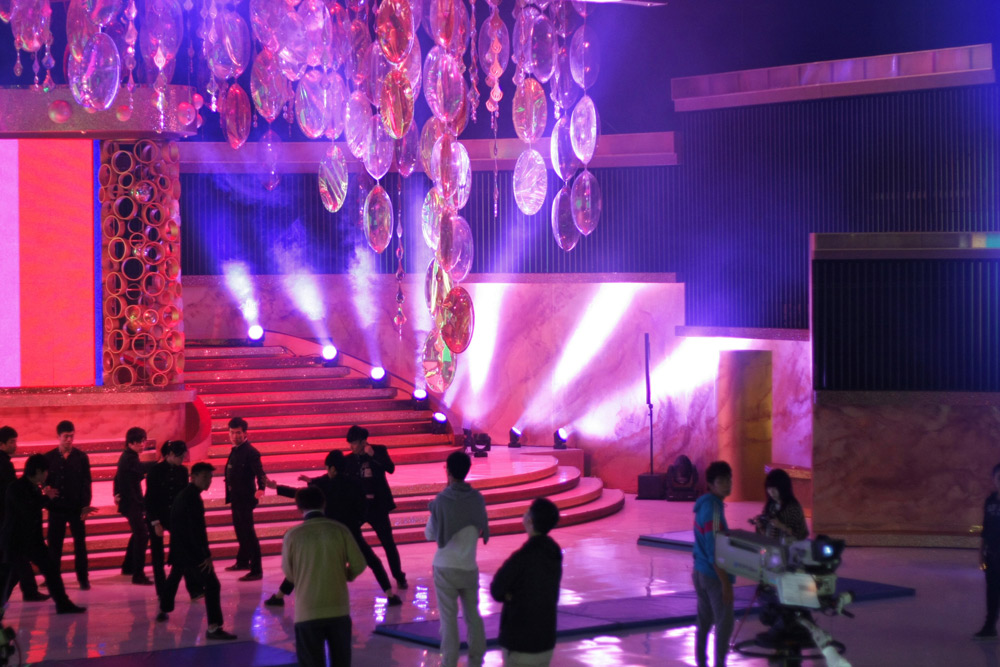 Television Broadcasts Limited, TVB, has been delivering excellence in programming with cutting-edge broadcast technology to the people of Hong Kong and other Chinese communities for 44 years. In November, the professional TV studio celebrated its anniversary with a star-studded event that featured the Hong Kong debut of Martin Professional’s award-winning MAC Aura LED wash light.

Prominent TV stars and other performers delivered an impressive night of entertainment made all the more special by the new ‘eye candy’ effects of the MAC Aura that add a distinctive visual element to a show and look great on camera. The Auras worked alongside rows of super-compact Martin MAC 101™ moving heads that were lined on stairs stage right and left.

The attractive aura effect with zoom function, combined with the surprisingly powerful beam and speed of the MAC 101, covered the stage in unique, eye-catching looks. Both LED fixtures are compact and extremely quick, their high intensity, defined beam, and full spectrum color providing the foundation for all-new, top quality lighting designs.