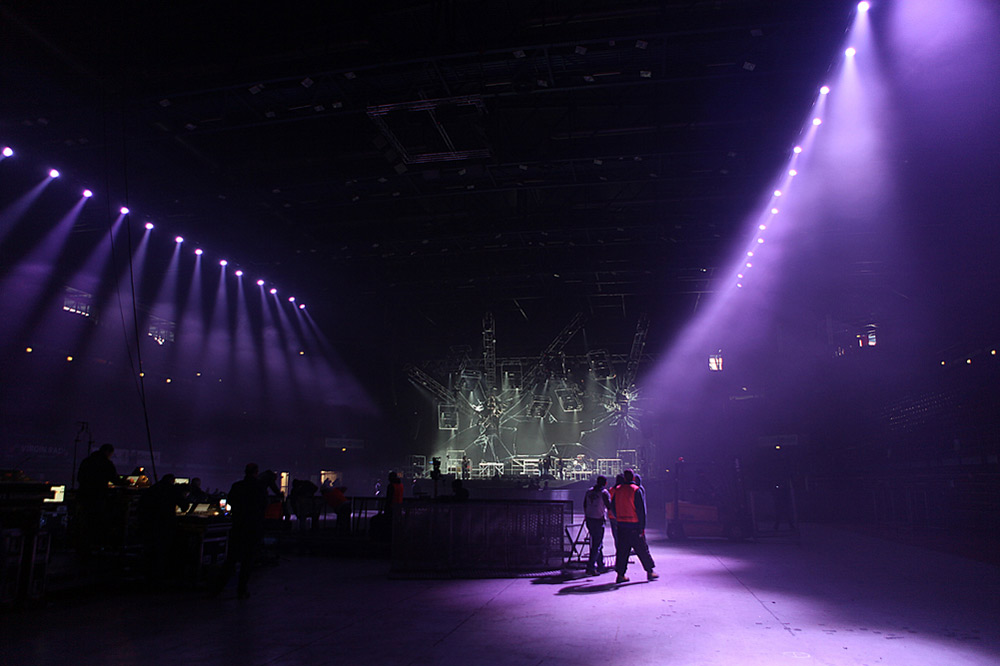 Jò Campana has been filling a number of roles for Italian rock band Negrita since 1998, among them lighting designer, lighting programmer and operator, set designer, and show concept designer. “I’m a one man band,” he says affably.

Negrita has just played the six largest indoor venues in Italy on their "Dannato Vivere" arena tour beneath a Martin MAC rig that included the new MAC Aura, which provided a powerful surprise.

“I needed to hang some bright, light, small and fast fixtures over the ‘breaking glass’ trusses and I immediately thought of the Aura,” Campana explains. “I checked the gear out during a demo with Paolo Albani (Martin Italy) and what stunned me the most was the powerful and top quality beam they can put out. Moreover, I appreciated the shape of the beam; it reminds me a kind of Super PAR64 effect, really compact and high-definition.”

For Negrita’s Milan show, the band recorded a DVD and production asked Campana to reinforce the lighting with 40 extra Auras over the audience. “I cloned them to the 30 Auras I had on stage so I could involve the crowd with the same pathos and mood of the 'hot-scene.' The babies did their job,” he said.

Campana also has praise for the Aura’s light weight, tiny dimension and incredible speed. “In addition, I was deeply impressed by the quality of the color, absolutely excellent on the primary and having the chance to create a ‘real pure white’ is a huge step ahead.

“The MAC Aura was a real staple for this show and if I add in the fact that the lighting crew didn't have any technical problems, I was 100% satisfied.”