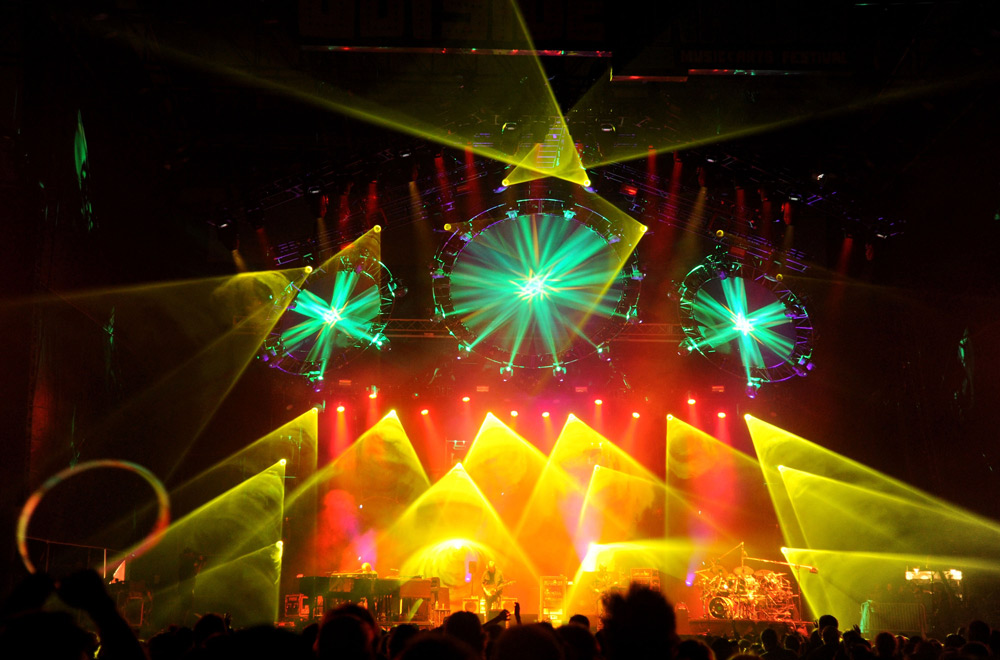 Phish lighting designer Chris Kuroda (Aerosmith, The Black Crowes, R. Kelly) has a couple of associations to Denmark. One is that he happened to be in Copenhagen on that June day in 1992 when Denmark won the UEFA European Football Championship. It’s a good story that we’ll have to save for another time.

Another is the fact that he is an admirer of Martin Professional lighting gear and has used Martin’s 1500-watt MAC III Profile™ on Phish shows since 2009 – the second Phish tour using the fixture having wrapped up in December.

“It’s the perfect fixture for Phish,” says Chris, who has been with the band for so long - 24 years - that he is considered the fifth member of the group. “Upstaging pointed us to the MAC III Profile and it was a good decision. Brad Haynes at Martin has also been incredibly helpful.”

Chris has 45 MAC III Profiles placed liberally across the set and uses them for different purposes - as a spot fixture for beam looks and aerials, and for graphics and gobos onto scrims.

“I’m fond of the gobo package in the MAC III. It does well for aerial looks,” he says. “I did want a slower gobo roll though, one in which one gobo smoothly rolls into the next. After contacting Martin, they created some special software for me for an on-the-fly effect in which the rotating gobo wheel rotates very slowly. It works really well and I believe it is part of the standard software now.”

Phish has an almost cult-like fan base and Phish shows enjoy a large and loyal following - much like Grateful Dead shows of the past - with the band touring consistently about 20 weeks a year. Phish wrapped up their 2011 tour with four sold out shows at Madison Square Garden in New York City and is scheduled to hit the road again in June.

“It’s a lot of shows but we’ve only had to do standard maintenance on the MAC IIIs,” Chris commented. “They are so bright and I am really happy with them. I’ll keep using them as there is nothing at this size and nothing out there we would change to.”