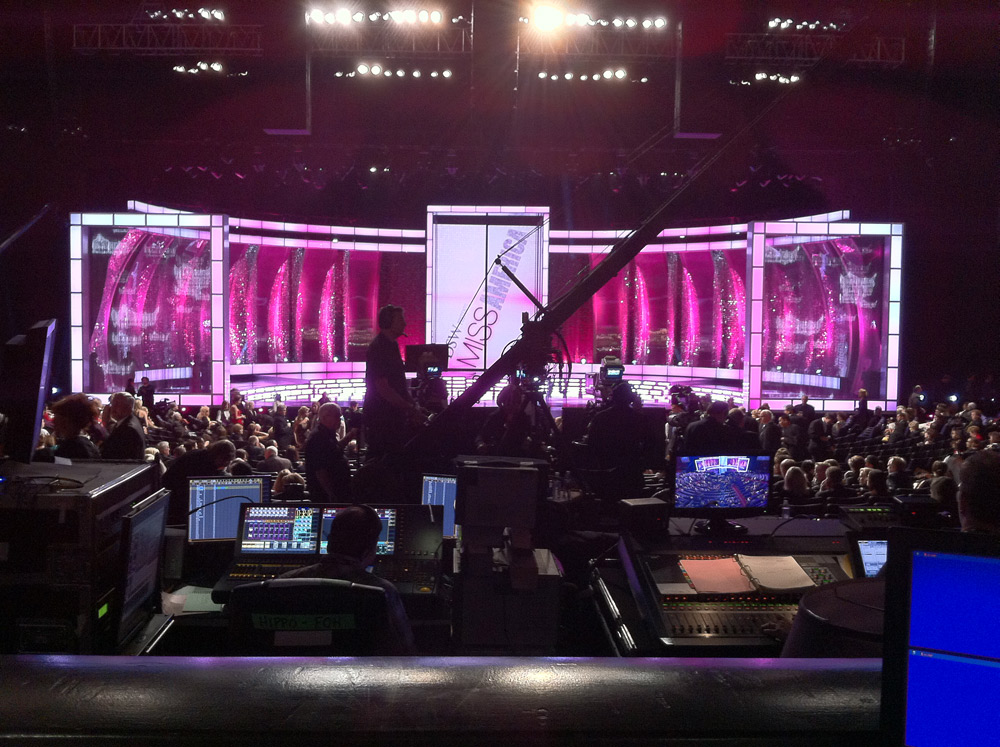 The time-honored and venerated tradition that is the Miss America pageant celebrated its 90th anniversary on January 15th at the Theatre for the Performing Arts at Planet Hollywood Resort and Casino in Las Vegas.

Employed as the primary source of back lighting for the beauty contestants were 16 Martin MAC III Profile moving heads, specified by lighting designer Allen Branton. Chosen for their lumens output, gobo selection and big aperture for a hard-edged fixture, the 1500-watt MAC IIIs provided full coverage from up-, mid-, and downstage positions, says Felix Peralta, who served as lighting director on the show.

“We were really impressed by their compact size and their output, and they looked fantastic on camera,” Peralta stated.

“They were consistent in color, output, and overall performance - we were extremely pleased.”

The MAC III Profiles featured in the opening performance number involving all of the pageant contestants, as well as the swimsuit and evening wear segments.

The Martin MAC fixtures were supplied by rental company Atomic Lighting. “We'd like to thank Atomic Lighting for all their help and support throughout the event,” Peralta concludes.