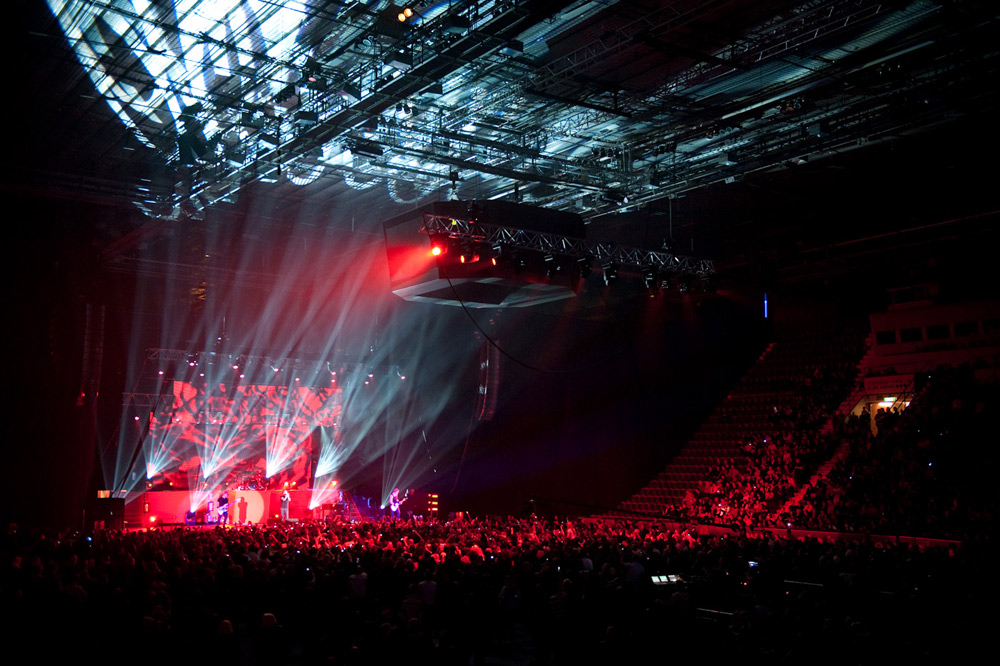 Tomas Sagersten of Rentsound AB handled stage and set design for the tour and also served as lighting designer and operator. He comments, “I had the chance to try the LC Series when Swedish lighting company Music and Lights bought them. I was hooked pretty quickly.

“I had been talking for some time with the band about doing something with an LED backdrop and this was the time to do it. We talked fairly early about having the LED screen in two sections and using the transparency of the screen in order to hide the band for a cool intro.”

Sagersten created a 9x6 meter LC backdrop plus a 9x2 meter section that could maneuver up and down in front of the stage set. This was used during the intro where the band was hidden behind the screen.

“I liked the simple rigging of the screen which allowed us to keep construction and tear down periods to a minimum. It gave me more time to program the lights and the video and get more special effects,” Sagersten comments. “I like the power of the screen as well. We ran it at about 70% output and it was enough!”

The LC panels were driven by Martin’s P3-100 System Controller, an intelligent interface between the source and the screen used for video signal processing and integration with lighting control. It lets users treat LED screens like lighting instruments; brightness, image position, image rotation, etc. can be adjusted and changed instantly.

“The P3 made our job much easier when it came to getting custom graphics to work properly,” Sagersten says. “Ceiling height was pretty limited in some of the venues we were in so sometimes we had to leave the mobile screen in the truck. But thanks to the P3 everything looked as if it were shaped to the size of the screen we used that day!” Media content, some of it custom made, was sent to the LED panels via a Martin Maxedia media server.