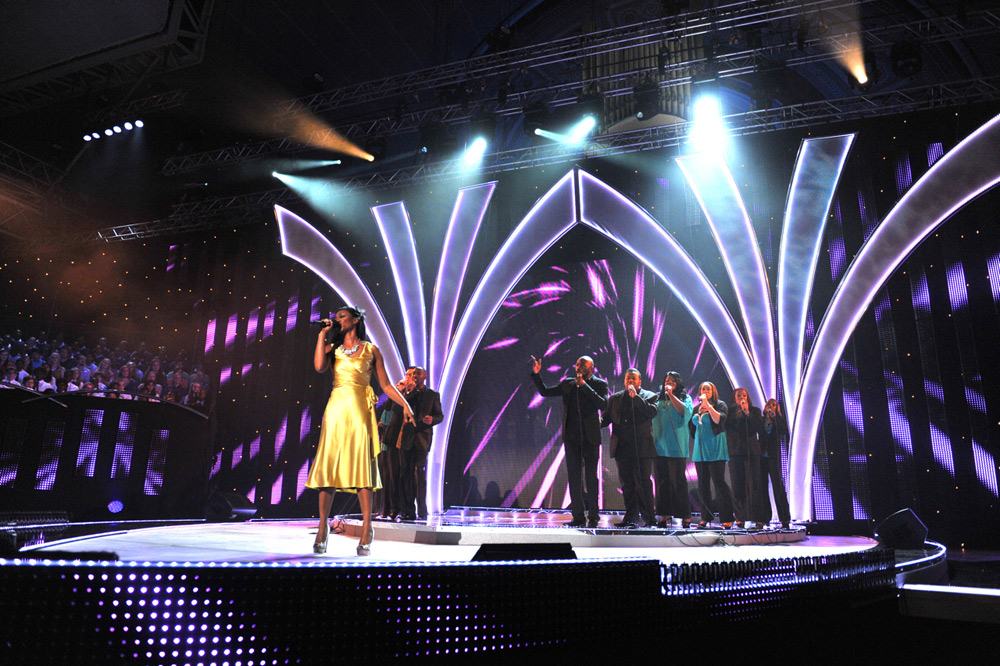 Davis, who saw the MAC Aura on the Martin Professional stand just two weeks earlier at the PLASA trade show, placed the quiet LED fixtures on stage either side of the artists.

“They were very effective as eye candy and we were all impressed with how six small Auras worked so well, even in an enormous venue like this,” Davis comments. “They were great! You wouldn’t believe how well they fitted the stage – six scallop-shaped black holes in front of the choirs neatly filled with Auras.”

The MAC Aura was launched at the PLASA trade show in London, winning a PLASA Award for Innovation. It is the first compact LED moving head wash light with zoom that uses two independent color systems to produce new ‘eye-candy’ effects plus functions as a highly capable single-lens wash with fully pre-mixed color.

An audience of nearly 7,000 joined presenter Aled Jones in Alexandra Palace’s Great Hall for a spectacular show that featured Katherine Jenkins, LeeAnn Rimes, Beverley Knight, and Andrea Bocelli together with a collection of “Songs of Praise” presenters past and present.