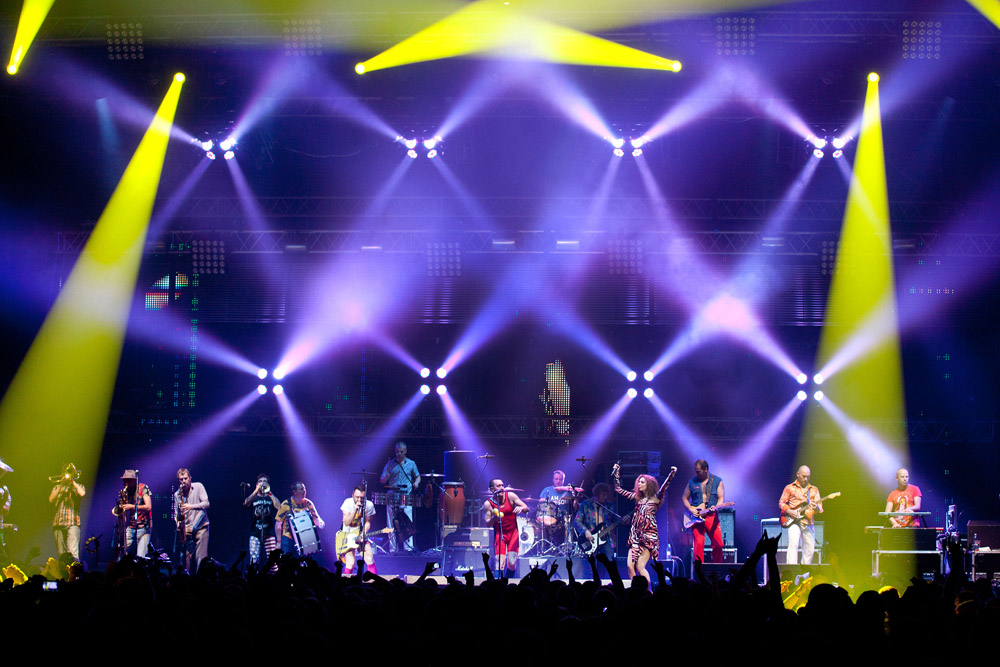 First ten fixtures in Russia
A variety of original effects, designed by Elena Morozova specially for the Leningrad concert, included looks from the first 10 MAC Viper fixtures delivered to Russia.

Aleksandr Blednykh, an owner of Euroshow, shares his impressions of the fixture. “The Viper is a great product. It’s fast and bright,“ he says. „I like it very much and we are looking forward to receiving more of them. Another important thing for me is that we have finally got a serious alternative to the Sharpy. There are too many of them out there and it is a one-function-fixture. From this point of view, the Viper Profile is much more interesting because of its wide range of capabilities.“

Creative experiments and MAC 101
Another interesting element of the show was eight pods (frames) of MAC 101 fixtures, each pod consisting of 16 of the compact LED projectors, which Elena used as the main tools in her design. The frames were supplemented with lines of Martin LC 2140 LED video screens and connected to a media server.

“Two years ago we worked on an Enrique Iglesias concert and spied this attractive idea,“ says Aleksandr Blednykh. “We had in mind a personal project and decided to realize it but used other construction to truss the MAC 101. At the Iglesias concert, the frame pods were made of truss and we created a mobile construction with wheels. In other words, we improved the idea for more convenient usage.“ The welded frames were also fastened to controlled winches so they could change their position, creating additional visual effects.

On the Leningrad concert, the MAC 101 frames worked as one big fixture to provide powerful back lighting. In addition, the designer programmed static scenes, which the audience found delightful. Sixteen MAC 2000 Wash XB™ moving heads and 20 MAC 250 Beam™ fixtures were also used for beam effects and lighting of the audience.