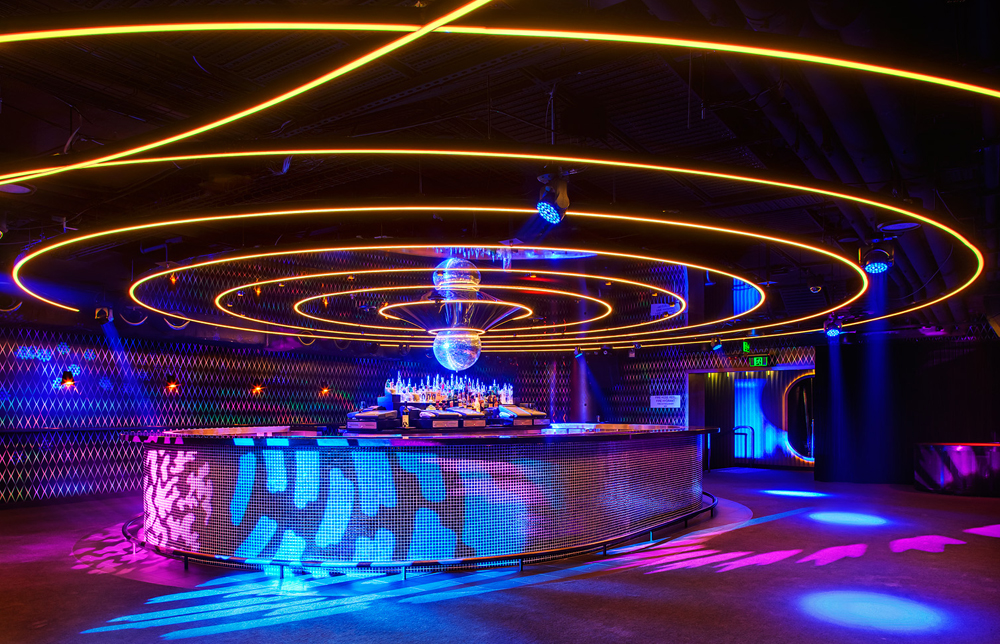 Martin and Show Technology Make Their Mark at Marquee

Internationally acclaimed nightclub operator Tao Group has brought a monumental change to Sydney's nightlife landscape with the opening of Marquee nightclub at The Star Sydney. Featuring a Martin lighting, control and smoke package, Marquee houses three distinct spaces within one venue to cater to different tastes and moods.

The brand may sound familiar to some Sydneysiders, but to those who frequent the United States, the name "Marquee" signifies the best that nightlife has to offer in both Las Vegas and New York City.

Matthew Kline, managing director of Australia Venue Services, was contacted by The Star back in August 2010 to be part of the design team and put together an audio visual design dream-team consisting of Mark McInnes from Show Technology and Tony Russo from Technical Audio Group and of course, himself!

High standard
“The standard was set high for us in the beginning,” commented Matthew, who had no hesitation in recommending Martin for the majority of the professional lighting. “I’ve used Martin-branded products for a very long time in all types of applications all across the country. I find Martin products hold up well in a nightclub situation; a nightclub can be a very tough place for a moving light to live and whilst there are certainly cheaper products on the market, Martin pays you back in reliability and serviceability over the duration of the operation.”

Matthew remarks that he has installed Martin moving heads into many venues which are still running ten years later, something he is certain you wouldn’t see with many other brands. “Also, the fantastic support we get from our local Martin distributor Show Technology really makes ownership of Martin a very easy decision for us,” he added.

MAC 101
The low roof of the venue dictated the use of the Martin MAC 250 Entour and to support this look, a nice wash effect was required that would be fast and deliver the latest technology. “The Martin MAC 101 small, super light and easy-to-use LED moving head wash light was the obvious and also inexpensive solution,” said Matthew. “We’ve used fourteen and they provide a narrow beam effect, a wash light and an LED ‘pixelated’ effect all from the one little mover.” Martin Mania EFX 500 halogen effect lights and Martin Atomic 3000 strobes are also used.

M1, M-PC control
For control, the main room uses a Martin M1 console, a great console that is easy to use and quite affordable for what it can do, according to Matthew. “Whilst it’s reasonably new to the market we weren’t worried about that as there are already quite a few out there in use,” he said. “In the back room we originally were going to go with a Martin LightJockey system but once we got into the install we changed to the newer Martin M-PC system. It sits more in line with the operating system on the console in the main room so the switch between the two rooms is less of an issue for the operators.”