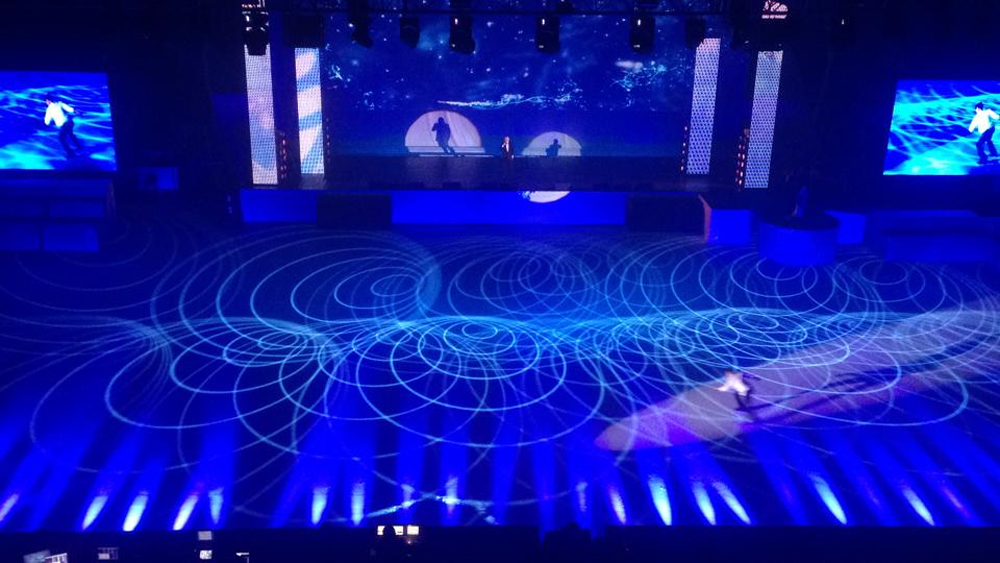 The ice show took place at the Yubileny Sport Palace’s hockey rink with the main challenge being the limited time for installation. Taking this factor into consideration, Yevstifeyev used a combined truss mounting and floor mounting system. By placing the MAC 101 fixtures on the floor around the rink, he was able to create a beautiful display with compact and extremely fast LED wash lights, emphasizing the artist’s movements through the reflection effects.

According to Yevstifeyev, ice shows are unique in that the ice surface, together with light projections, becomes an individual element of performance design. Yevstifeyev chose to deploy the MAC Viper to get the maximum out of the space he was given.

“I’ve been acquainted with MAC Vipers for a very long time already,” Yevstifeyev explained. “They have a brilliant reputation for functionality and light intensity. They have already become a workhorse in the industry. That’s why lighting designers constantly choose them for their projects. Besides, MAC Viper has a very good collection of creative and beautiful gobos. Using them, one can create really interesting pictures. They were really useful for me on this project!”

Initially, the Martin RUSH Line had not been aimed at the rental market, but some fixtures have proven to be useful as they were for Euroshow. Bright beam shots by the MH 3 Beam added a great dynamic to the show and put the accents into the figure skaters’ performance with different styles and themes.

“Though MH3 Beam belongs to the entry-level line, it is very effective,” said Yevstifeyev. “It proves to be very strong when compared to alternative fixtures when you need to create bright beam effects in midair, so it is no surprise we at Euroshow use these fixtures quite regularly.”