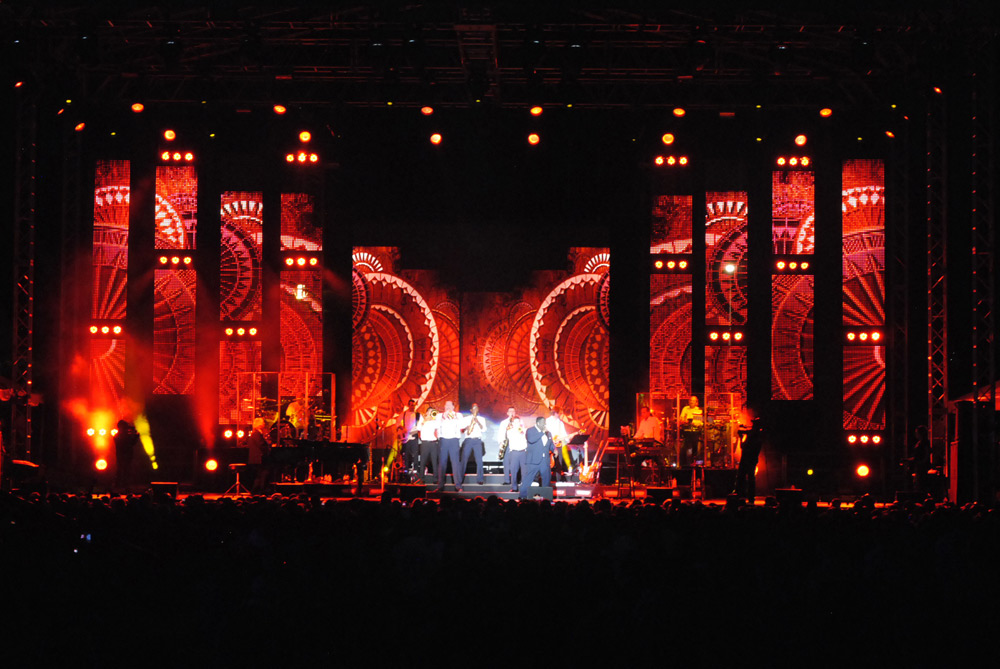 John Dacosta is fortunate enough to have been the lighting designer for the Jamaica Jazz and Blues Festival for the past five years. Not a bad place to spend a late January. For this year’s festival, a kick-off celebration as Jamaica celebrates 50 years of independence, Dacosta turned to the design ease of Martin Professional EC-10 LED video panels.

“It worked out great. I love the look of the video, the quality is awesome, not to mention how quickly it went up,” Dacosta says of the high performance, 10 mm pixel pitch LED video panel. “I wanted to make the video seem bigger so I used 40 mm LC panels separated with a custom plate that had three MAC 101s.”

Dacosta’s design incorporated over 200 of the EC-10 LED video panels along with 48 MAC 101s. All of the Martin LED panels and 101s were delivered by Zenith Lighting of Orlando with other lighting equipment provided by PRG Orlando.