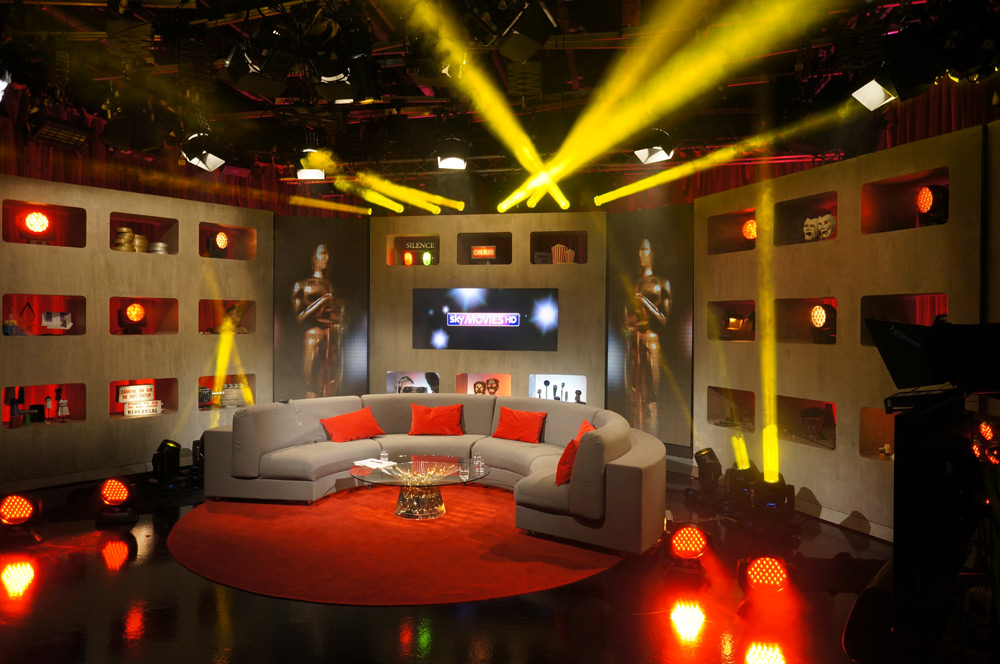 MAC Aura
Reed used six Aura fixtures as part of the set and placed them in pigeon holes shooting straight out towards the camera. He comments, "I chose the Auras because of their unique dual light source which creates some amazing eye-candy effects. The silent nature of the fixture is great for TV studios and the smooth pan and tilt allows for nice dynamic movement effects."

MAC 350 Entour, MAC 301 Wash, MAC 101
Reed had other movers from Martin’s LED range at his disposal as well. Located behind the set were four MAC 350 Entours. "The MAC 350 is a wonderful light, not only for its power output but also its optical quality,” he says. “On top of that, it's an LED-based fixture that rivals 575 watt discharge sources.”

Reed specified the MAC 301 for color wash and beam work from the front of the set. He continues, "The colors available are plentiful and the zoom is a great feature of the fixture, allowing smooth transition between tight beam and wide wash.”

Martin’s popular MAC 101 – the industry’s original super-compact, super-bright LED moving head – also saw work on the show. "The MAC 101 impressed me with its small size, yet it still packs a sizeable punch. It allowed me to fill in some parts of the set without having a huge fixture there. For a tiny LED fixture, it emits a lot of light," Reed stated.

M1 ease ‘fits the bill’ on TV
Reed employed Lighting Programmer Joe Bleasdale to deal with lighting operation for the show and turned to the Martin M1 console to drive the LED-heavy rig.

"The M1 is a very easy system to program, which is essential for lighting control on a TV show,” Bleasdale says. “Stopping for long programming tasks just isn't possible and the M1 has surprised me a lot with its capabilities.

"The playback surface offers so much versatility on such a small console. It's ideal for pretty much anything. Twin that with the fast patching, selection and effects tools and I had cues made in no time at all.”

He continues, "The dedicated submasters on the console are ideal in the TV industry. I can keep an eye on any generic fixture levels and still retain plenty of playbacks for moving light and LED cuelists. Martin has really listened to the controller market demand and I'm pleased to say the M1 fits the bill for me."

MaxModules
Another important part of the control system was a MaxModule Playback that extends the playback capability of the M1. Bleasdale added it to the system to allow the LD to have complete control over any set lighting and generic lighting he needed without having a separate console.

Bleasdale goes on to state, "The MaxModules are great, they mean I can suddenly add an extra bit of control relevant to the show. In this case I wanted separate faders to give to the LD for submaster control. But I can easily add more flash buttons, playbacks, submasters or even an extra programmer module to suit my needs. And on top of that, they are extremely easy to setup!"