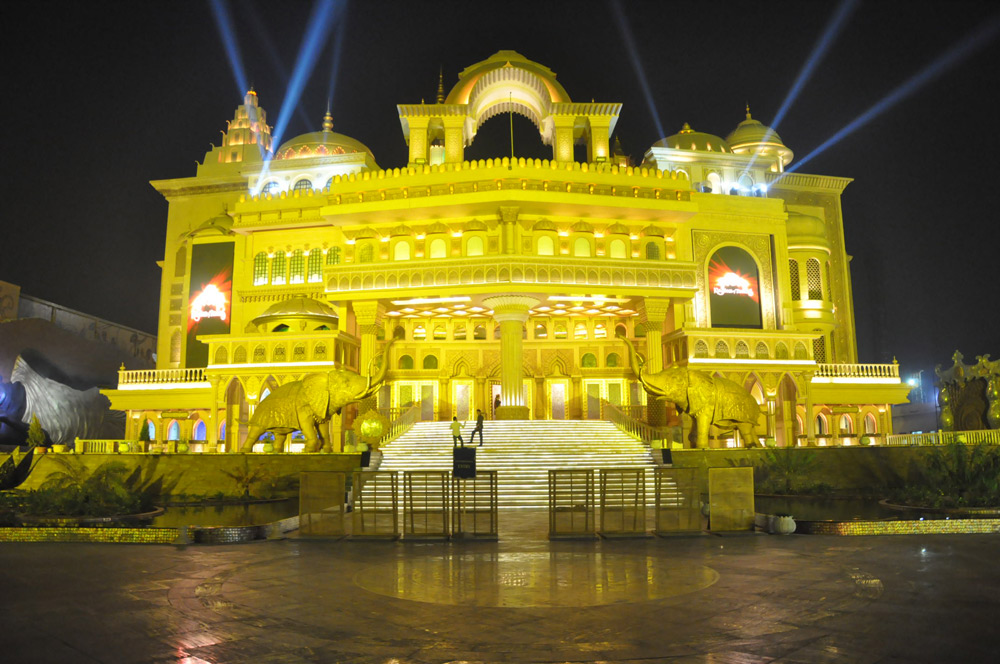 India’s Kingdom of Dreams is a first-of-its-kind entertainment destination near Delhi that presents Indian culture and unique Indian experiences to tourists in the form of Indian-based performing arts, art, crafts, and cuisine.

Spread across a large six-acre site at the apex of the golden triangle of Jaipur, Agra and Delhi, Kingdom of Dreams boasts venues of international standard, namely the Nautanki Mahal and Showshaa theatres, and a cultural and cuisine area known as Culture Gully.

Multi-purpose space requires flexible lighting
Nautanki Mahal is an 848-seat auditorium with an ornate facade designed like a palace that serves as the park’s main entertainment space. Consulting lighting designer for the theatre is well-respected German LD Jerry Appelt, who also designed the lighting for the theatre’s debut show, “Zangoora – the Gypsy Prince,” an extravagant cinematic and theatrical musical billed as 'the biggest Bollywood musical show ever.'

“Nautanki Mahal features the Zangoora show but also hosts other shows and events,” Jerry comments. “It’s really a very multi-purpose space and therefore needed a flexible house rig to cover the various events. It was very important to have a reliable system and I know the MAC series well. They are reliable workhorses and very flexible.”

Martin Professional India office
The Martin lighting for Kingdom of Dreams is supported through Martin Professional’s Indian office based in Bangalore, an important local connection that Jerry found quite valuable.

“Support is very important on a project like this and it is nice to have the local Martin support in India for testing, maintenance, demos, etc.,” Jerry stated. “When you need to show the automated luminaires against, for example, PAR cans, the MACs will just sell themselves, but you have to get the equipment on site so you can make the comparison! That’s a key step. You also have to convince the client what is behind the lighting as far as service and support, so it’s important to have a company like Martin behind you.”

Façade lighting
Jerry also completed the lighting design for the palatial outdoor facade of the theatre and chose Martin Exterior 1200™, Exterior 600™ and Inground 200™ luminaires. The Exterior series fixtures are mounted in groups and illuminate the entire façade in a uniform wash of saturated colors, typically in Indian orange, that give the structure a stunning nighttime look.