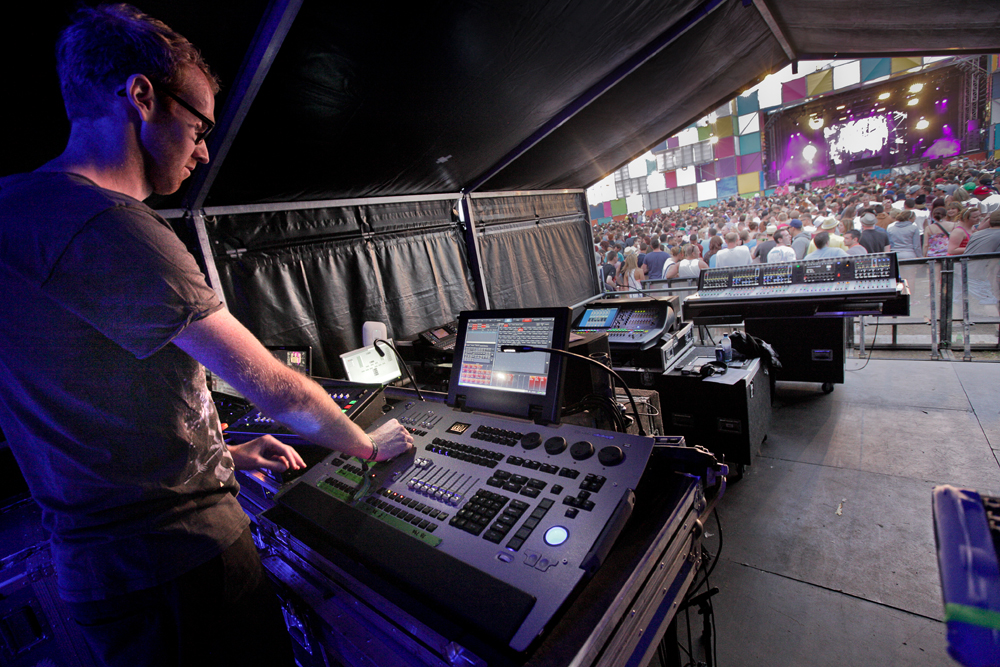 Electric Fly Productions designed the main stage lighting and were festival lighting/video designers while design firm 250K actualized the main stage set design. Festival lighting operator André Beekmans of The Art of Light used the Martin console on Friday for top acts such as headliner Afrojack, for which André is also the LD, while Nick Jevons of Electric Fly Productions handled the lighting programming and operation for Saturday’s performances.


The Martin M1 used at Global Gathering was provided by Electric Fly Productions as were two Martin Maxedia media servers that were used on site.

“There was an option to use another desk but I preferred the M1,” André says of the compact yet all-in-one lighting controller. “In March I had the opportunity to use the M1 at the Ministry of Sound in London and I quickly learned how to make adjustments and create effects. That went so well that I got more interested in the desk and eventually contacted Mark Buss of Martin UK.”

André comments about programming on the M1. “The patch goes go fast and easy that even without any knowhow of the M1, any operator can patch the desk and check the fixtures,” he says. “The group tools is a feature that every brand should have in their software and I like the easy way of creating an effect.”

A slew of Martin lighting and video gear was used across the festival including creative Martin LED video screens in the form of the EC and LC Series. A Martin Maxedia system ran the video with operation by Dave Stewart.