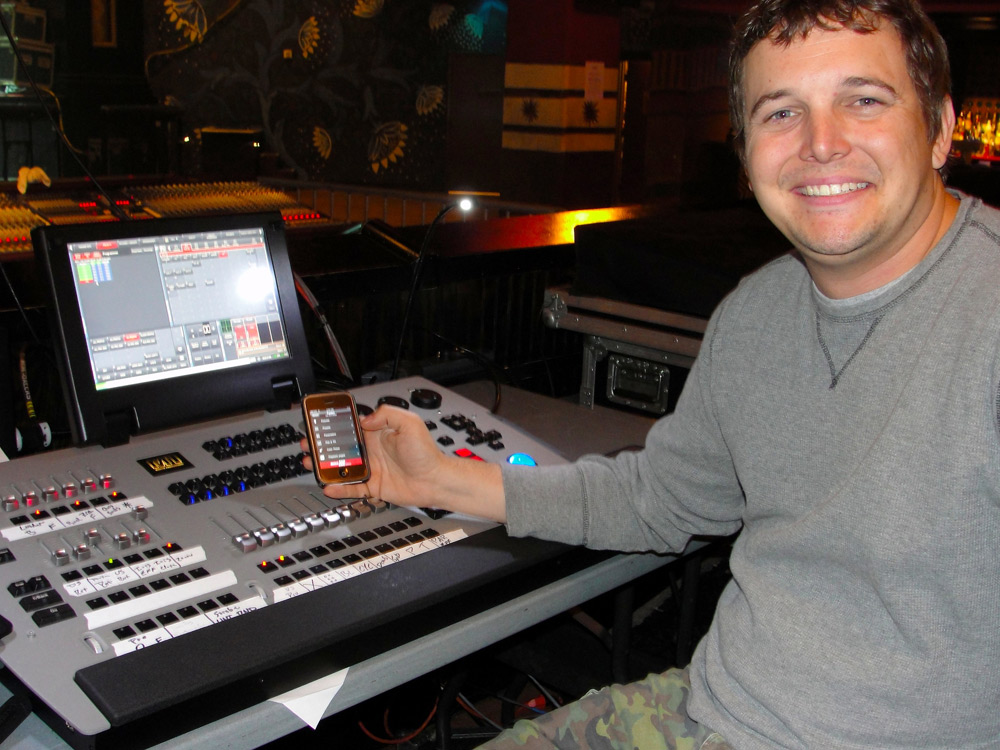 Martin Professional’s next-generation M1 lighting console has snared the spotlight for a few special events, but now it’s on the road, making its North American touring debut on The Black Crowes’ current run.

LD/Programmer Jason Dill had decisions to make before the band’s Aug. 13 tour start date. Challenges would be many. Each night meant: New set list. New lighting rig. New or no moving lights. Even the way the band played the songs was drastically different with each performance. The only constant: the console.

Console choice was key. A visit with Matthias Hinrichs at Martin’s Los Angeles office helped Dill focus in on the Martin M1 for its many solution-solving features in a powerful, compact package.

Dill needed no special training on the M1 but a brief run-through from Matthias. “Everything made sense. It’s easy to get around,” Dill says. “Programming lighting is just a matter of controlling DMX channels, so it’s a matter of knowing what keys you need to push to get the console to do what you want. The M1’s syntax is logical, as opposed to other consoles that take a computer-minded approach to operate them.”

Flexible console
With the ever-changing lighting rig to consider, console flexibility was a factor. Says Dill, “We only carry six black lights and a lighting control package: the M1 and a Martin MaxModule Submaster™. Everything else is provided locally every day and I have to make that work. It’s a rock and roll show, so it’s many par cans and 18 moving lights - or sometimes no moving lights - and sometimes it means working with whatever the house has in place.

“The console works well for me because of the situation I’m in with the different lighting rig every night,” he continues. “Par cans are par cans but as far as moving lights are concerned, the M1 works well at copying the fixture information to new fixtures. So instead of rewriting my cues every day, I can just copy and update the cue palettes with gobo information, which changes from fixture to fixture. The console is great for that.”

“Nothing in the show is preprogrammed,” Dill notes. “There are multiple cue lists and prebuilt effects but there’s no actual cue stack for each song because the band set list changes every night. There may be five to eight standard hit songs played, but with a 200-song catalog, they’ll pull a song out that they’ve played differently from the album version. Sometimes I have a couple of seconds to know that, ‘oh, they’re coming out of a solo and they’re going back into the chorus.’ I like the way the M1 allows me to manually adjust timing, adjust chases or effects quickly with the music.”

iOS MaxRemote
Another M1 feature he finds quite handy is the iOS MaxRemote app. From his iPhone, he is able to adjust programming functions away from his console. “I use this app all the time,” he emphasizes, “as a remote focus unit for calling up dimmers. We also do outdoor shows in daylight circumstances so I use the app to update positions on moving lights.”

Portability, affordability
As critical as his console is to his show, Dill likes the M1’s portability. Tipping the scales at 33 pounds (15 kg), the compact unit is easily carried and transported. This allows him to set up the FOH area on his own. Plus, he’s pleased the M1 can go on an airplane as checked luggage.

“I have three Pelican cases I carry,” he explains. “One for the console, one for the MaxModule Submaster and my backup computer, and one for an external touchscreen monitor - which I don’t use, so that is worth mentioning. I was surprised at how comfortable I was having only one touch-screen, having worked with two or more screens on other consoles.”

An affordable console makes sense for this economy, says tour vendor Smoother Smyth of Delicate Productions in Camarillo, California. “The M1 gives much bang for the buck. It’s reasonably priced for all its features, and that makes it accessible to many LDs who want to own their own console but don’t have the big incomes.”

Reliable support
After all the solutions that the M1 solved, topping the list was Martin’s reliable tech support, Dill says. Having spent the last four years as LD for Marc Anthony’s worldwide tours, Dill says help needs to be there no matter where you are. “The support you get from the Martin guys is great,” Dill says. “This was my final decision in going with the console.”

The “Good Night to the Bad Guys” tour continues until Dec. 19 in North America. For tour dates, visit www.blackcrowes.com