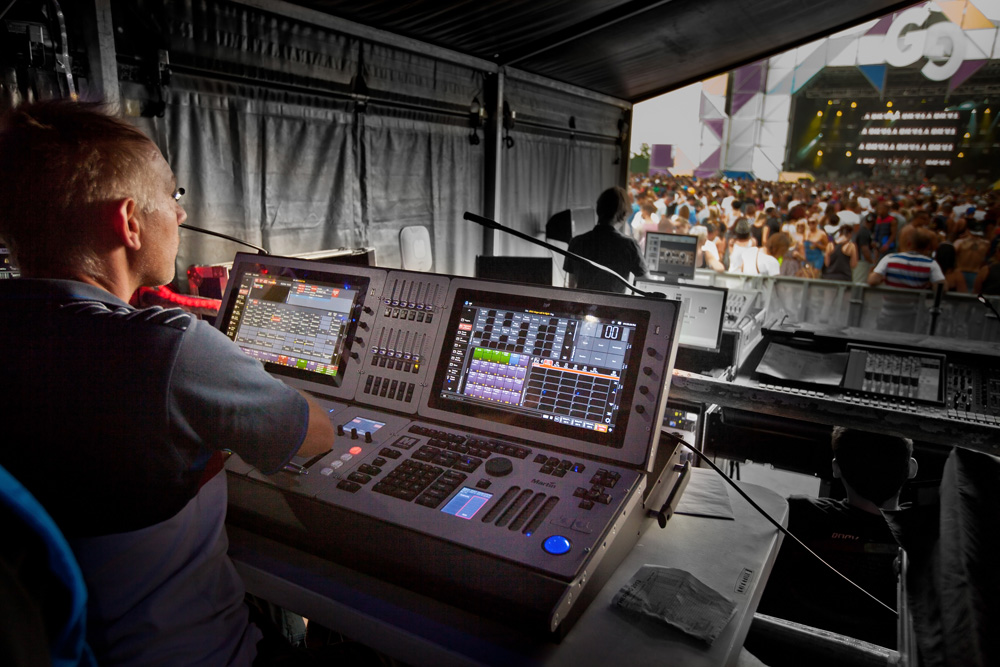 As one of the largest dance festivals in the world, the Global Gathering, in its 12th year, brought some of the world’s most renowned DJs and live acts to numerous stages during one weekend of non-stop dance and electronic music in Stratford-upon-Avon, UK. Electric Fly Productions was contracted to design and supply the lighting for all seven arenas involved in the 2013 festival and deployed a Martin M6 lighting console on the main stage for full control of the intense lighting, in addition to deploying a vast amount of Martin lighting fixtures.

Martin EC-20 video screens were used to backlight the stages throughout the Gathering, controlled by P3 system controllers and a Maxedia Pro interface. Numerous Atomic strobes were strategically placed to light up all of the stages.

“I was able to demo the M6 during the Global Gathering and I loved it,” said Nick Jevons, Main Stage Lighting Designer, Electric Fly Productions. “I have my own M1 and with its similar operating system, I was very comfortable relying on the M6 at the main stage throughout the festival. It’s quick to program, quick to edit and there is plenty of space to lay out the desk for playback.”