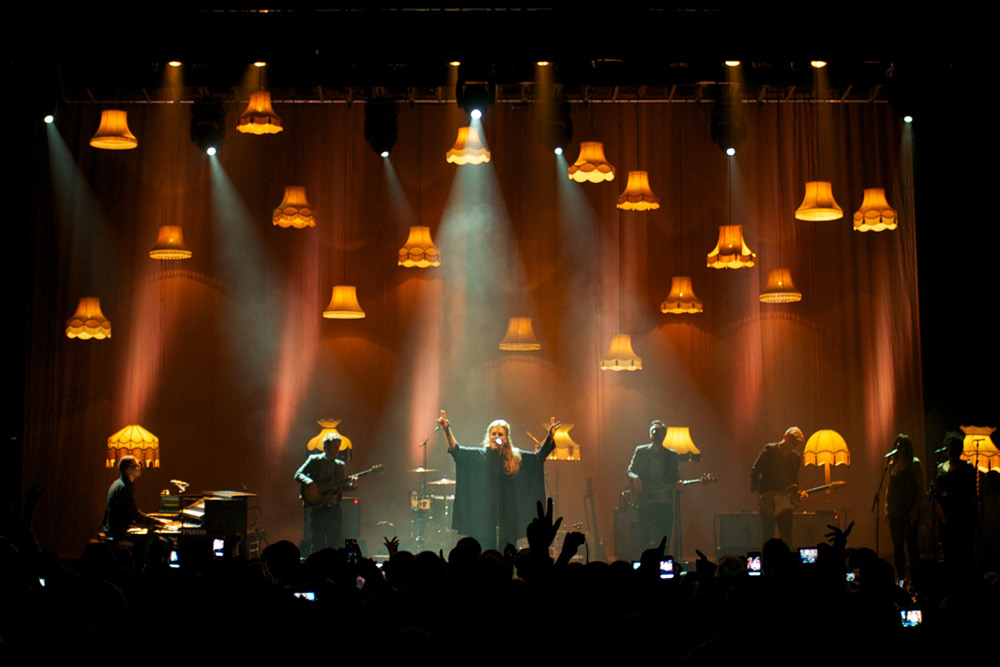 British music sensation Adele is in the midst of a world tour that sees the soul/R&B singer visiting Europe and North America in support of her second studio album, “21.”

Handling production design for the tour is Rob Sinclair who has created a minimalistic, elegant design that reflects the feel and emotion of the singer herself.

The set is dominated by a series of warm lampshades with Martin Professional MAC 101™ washes used as backdrop lighting and Martin MAC 700 Profiles™ rigged overhead.

Sinclair, who uses the lighting more for mood and performer lighting than effect, says the MAC 101s have performed and held up “really well” and that he chose the compact moving heads for their small size and bright output in an affordable package.

The versatile MAC 101 is being used in a large variety of entertainment environments including television, theatre, tours and special events. It weighs just 3.7 kg and is surprisingly powerful for such a small fixture with a feature set that includes a calibrated RGB color mixing system. Its small size not only makes it easy to fit in any rig or set, it also makes it exceptionally easy to handle. It is also available in three white light versions.

Lighting supply for the spring European leg of the Adele “21” tour was by UK company Neg Earth while Upstaging is handling the North American dates that kicked off in mid-May. Adele returns to Europe for a series of shows this fall.