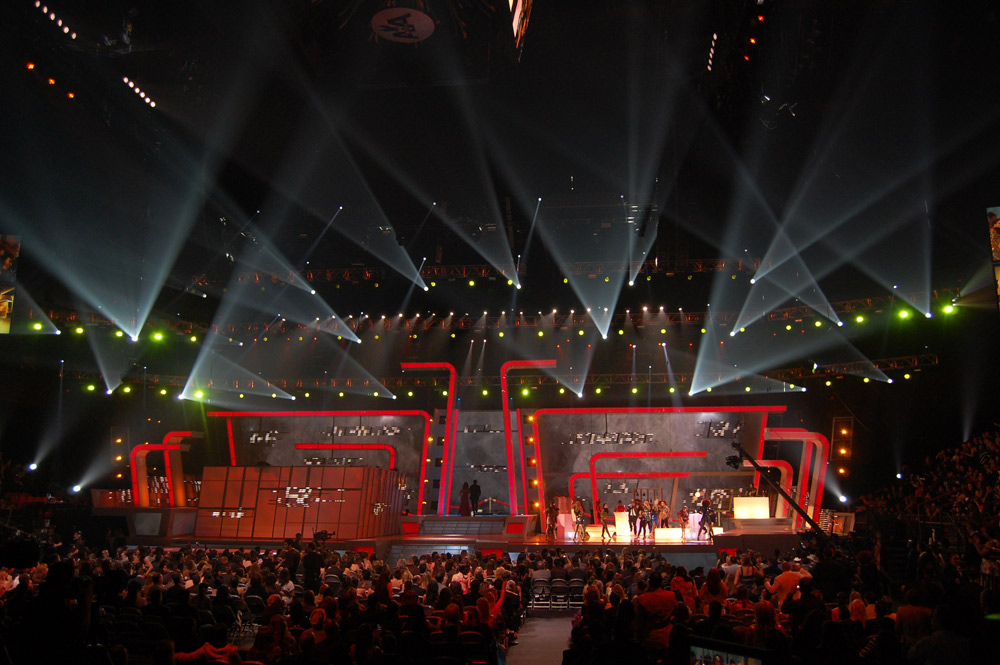 “Once we started rehearsals, I noticed that on the offstage side of the set, over the audience, there was a big black space so I incorporated MAC 101s on each side of the house,” he stated. “To my slight surprise, they were outstanding; they were so punchy and I got a nice beam from them, which I’ve never seen from an LED fixture.

“I also have to say that it was the fixture everyone was asking me about. They could not believe the light output from such a small light.”

Premio Lo Nuestro is an annual awards show that honors the best of Latin music. This year’s event was held on February 17th at the American Airlines Arena in Miami and broadcast on the Univision Network, the United States’ #1 Spanish-language network.

The entire lighting rig for the show, which also included Martin MAC III Profiles™ and Atomic 3000™ strobes, was supplied by Atomic Lighting. Atomic’s Brett Puwalski commented on the popular 101 wash light, “The MAC 101 is a great small LED fixture. They are very compact and light weight, allowing them to be very versatile in their placement.

“Also, the fixture provides a nice punch that creates a good beam for camera eye candy. It is great to have such a small fixture that can put out such a nice beam of light. Other LED moving heads are a bit larger and typically good as wash lights whereas the 101 can be used as an LED beam fixture as well.”