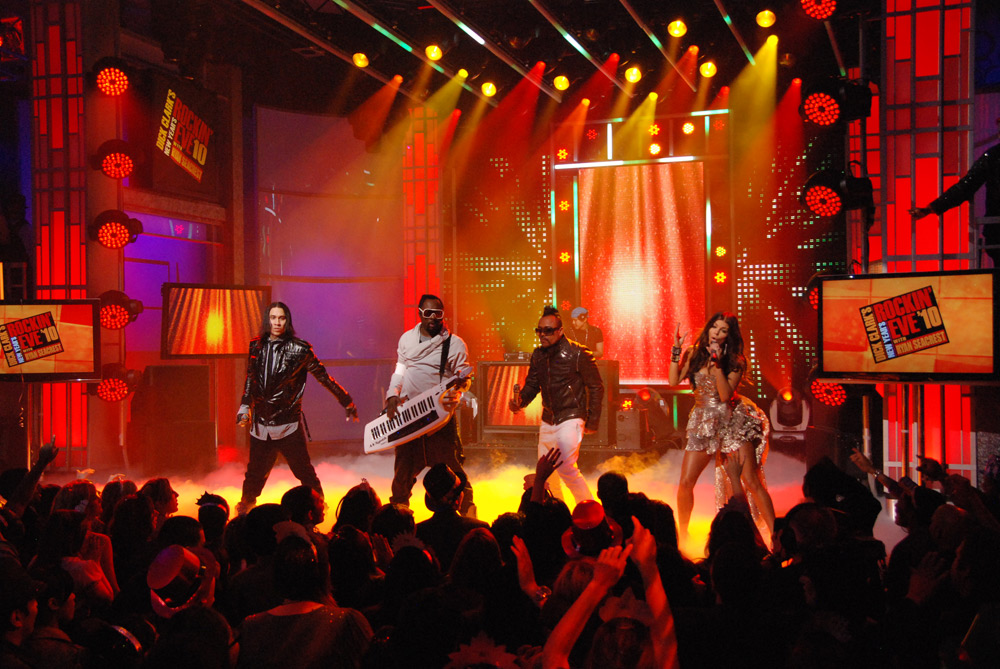 Martin MAC 401 Dual™ Something New for US Holiday Shows

For the last 25 years, Rose has lit every annual “New Year’s Rockin Eve” (NYRE) show, and if you were tuned in on December 31st you couldn’t have miss Martin’s newest LED fixture prominently lined on each side of two performance stages.

“When I had the fixture in our light lab for pre-programming on the Disney Parks Christmas Parade I got a chance to explore its capabilities, I was quite impressed by it,” Rose commented. “I wanted something for the NYRE stage that looked different, an LED fixture that didn’t show discreet LEDs per color.”

Something special
Production designer for the event, Bruce Ryan, and Rose addressed what changes to make from the previous year’s show and agreed on the need for something special for the important camera cross shots – looks from hand held cameras in the pit stage left and right.

“I thought it would be interesting for that area to have animation and also something other than a discreet LED fixture,” Rose says. “The 401 absolutely sold itself. I really like the unicolor look out of each individual lens.”

Rose placed a vertical row of five MAC 401 Duals on the downstage sides of each stage and used them a great deal for every major act.

“Initially I wasn’t sure about the individual LED quadrant control,” says Rose, “but doing the bow tie and half-and-half effects really gave the fixture a lot more depth and provided more production value than just a straight automated LED fixture. I also liked the fact that you can easily go from a wash light to a spot fixture with a tight beam.”

Programmer Paul Lennon created bow tie chases, quad chases and other effects and also used some of the 401’s built-in effects. Although Rose only used one side of the fixture, he sees great potential in its dual capability and hopes to incorporate it in a future show.

Design Partners
Design Partners is a unique partnership of award-winning lighting designers based in Los Angeles that offers a vast array of TV, film, stage and event lighting design innovation and expertise. Design Partners full-service support sets them apart in the industry; services include not only design and consultation but budget preparation, equipment packaging, full crew staffing, tech support and on-site supervision. Through Design Partners subsidiary, ShowViz Lite Lab, they offer a studio for pre-visualization and pre-programming for all types of productions. For more information visit www.dpi-ld.com or www.showvizla.com.