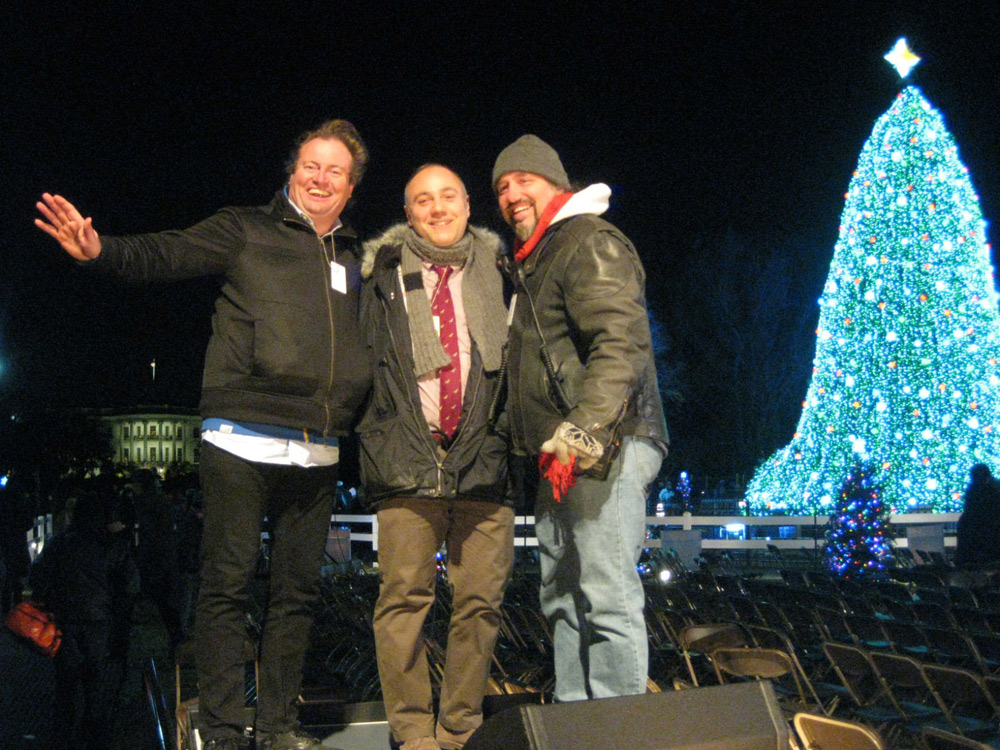 Presented by the National Park Service and National Park Foundation on the evening of December 9th, the tree lighting and accompanying concert took place on The Ellipse, just in front of the White House, with President Obama and the First Family lighting the tree and enjoying the outdoor concert, which was broadcast on the PBS network.

As LED technology provided all of the illumination for the National Christmas Tree itself, it was only fitting that Kenny turned to energy-efficient LED fixtures for the concert portion of the event.

“I used the MAC 401s as I needed a big source with very little power needs,” Kenny stated of Martin’s energy-efficient wash luminaire. “And the color saturation suited the lavish affair.”

The MAC 401 Dual draws only 370 W of power with all LEDs at full yet because the LEDs only draw power when light is emitted from the fixture, and only at the level needed, the fixture provides enormous energy savings over HID fixtures. The 401 Dual also features advanced wash characteristics that combine with a host of other useful features like fast zoom and individual LED segment control. The MAC 401 Duals were supplied for the National Christmas Tree Lighting ceremony by Atmosphere, Inc. of Silver Spring, Maryland.

Scenic designer for the event was Tom McPhillips of Studio 10A of Lititz, Pennsylvania. McPhillips donated gorgeous scenic elements for the stage and “worked with his very experienced and stylish eyes to upgrade the event,” Kenny stated. The event was produced by Alex Coletti Productions and Liz Kelly, with direction by Alex Coletti to rave reviews and audience.