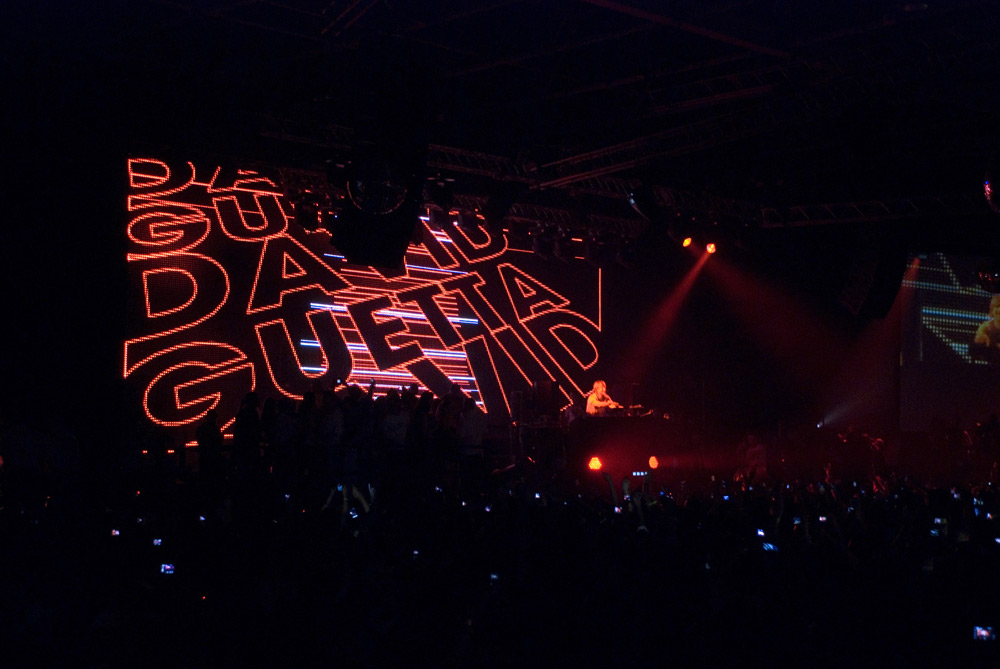 MAC LED washlights work hard
Martin’s versatile LED moving washlights, capable of producing a wide range of exceptional colors with fast zoom, are a perfect choice to coat a stage in color. Mark Brown of Eclipse concurs by stating, “The reason we chose them is that they are lightweight, small, have a great zoom, and have low power consumption.” Brown reported no issues with the gear.

The MAC 301 is the brightest LED moving head in its class with a powerfully fast zoom and outstanding RGB color mixing. The MAC 401 Dual features fully blended color mixing, individual LED segment control and a linear zoom. Both luminaires have proven quite popular on the touring circuit.

The MAC gear was placed on five finger trusses that covered most of the event center hall with the audience bathed in color. Atomic strobes and other lighting were placed on five truss towers for special effects.

LC Series creates background sensation
Guetta’s show was enhanced by an exhilarating 2140 LC Plus™ LED backdrop, displaying a multitude of graphics and images. Semi-transparent and modular for greater creative possibilities, the LC panels are extremely lightweight and easy to assemble, making them an appealing choice for touring.