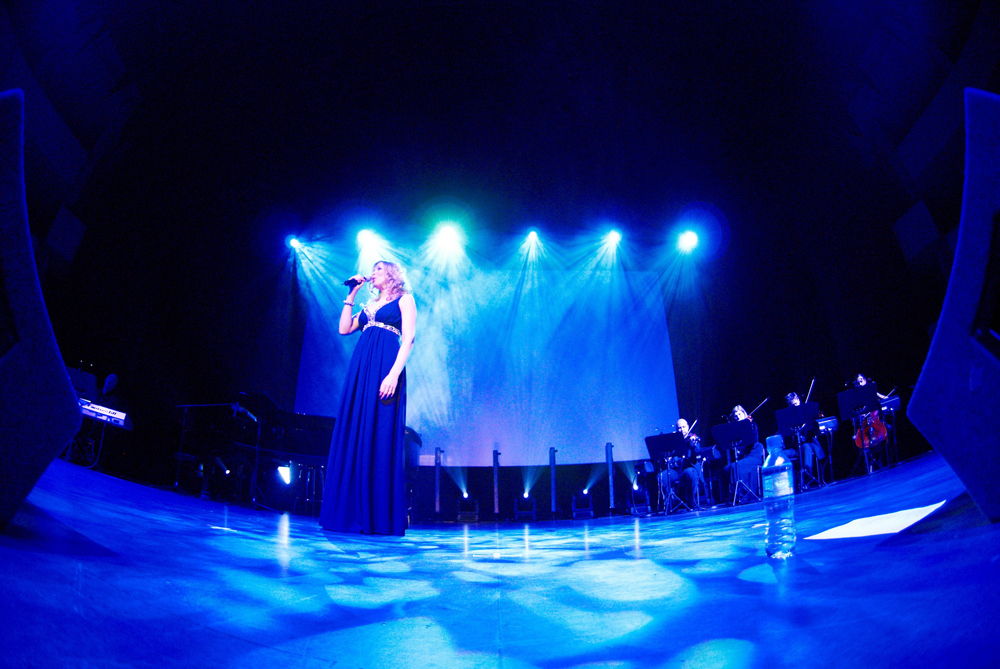 Classical vocal group Blake and soprano Natasha Marsh recently brought together their musical talents for a special four week tour of the UK, performing popular classical works, their own hit material and pop arrangements. The tour, universally praised as a captivating and emotional show, ran from March 22 – April 9.

Lighting and production design was by one of the UK's most innovative designers, Mark Cunniffe, who used Martin MAC III Profile™, MAC 700 Profile™ and MAC 700 Wash™ luminaires to light the memorable series of shows. Known for his detailed attention to artistic requirements, Cunniffe’s wealth of experience includes working with artists such as Elton John, Eric Clapton, Rod Stewart and Stevie Wonder, among other top names.

“Steven Howard and Jodi Mitzman from the TCB Group requested a show that contained projected imagery together with lighting to provide an operatic and theatrical mood not normally associated with this type of performance,” Cunniffe explains. “Production levels were very high with high definition Christie projectors and Martin MAC III Profile automated luminaires used extensively throughout the performance to create varied moods and chiaroscuro effects, whilst working within a relatively limited color palette.”

Cunniffe, who had six of the 1500 W MAC III Profiles mounted above a large projection screen to provide back light, praised the fixtures’ animation wheel, zoom range and beam intensity.

“The MAC III is a very bright moving light with all of the benefits of the Martin range of luminaires,” he stated. “The color crossfading is excellent and the optics together with a large light aperture were a very useful feature.” All AV and lighting equipment for the four week tour was supplied by Amber Lites of Scotland.

“The tour ended on a well deserved high note and it was a real pleasure to be involved,” Cunniffe says. He gives particular thanks to Billy Adie and Guy Coleta of Amber Lites, commenting, “Without their attention to detail and tenacious approach, creating such a beautiful theatrical piece would have been impossible.”

He also thanks Neil Trenell “for his dedication to all things AV on the road,” Andy Evans “our FlyByNite truck driver and lighting technician” and “my fantastic Tour Manager Helen Fitzgerald for her never ending support. As with all tours any show is only as good as its team and I hope that it’s not too long before we work together again.”

Most recently, Cunniffe has worked with David Bowie and Stevie Wonder on their sell out world tours and has also returned to his theatrical roots by relighting Derek Dean's acclaimed production of Swan Lake at the Royal Albert Hall. Cunniffe's future projects include Michael Jackson's series of concerts at the O2, working with lighting designer Patrick Woodroffe.