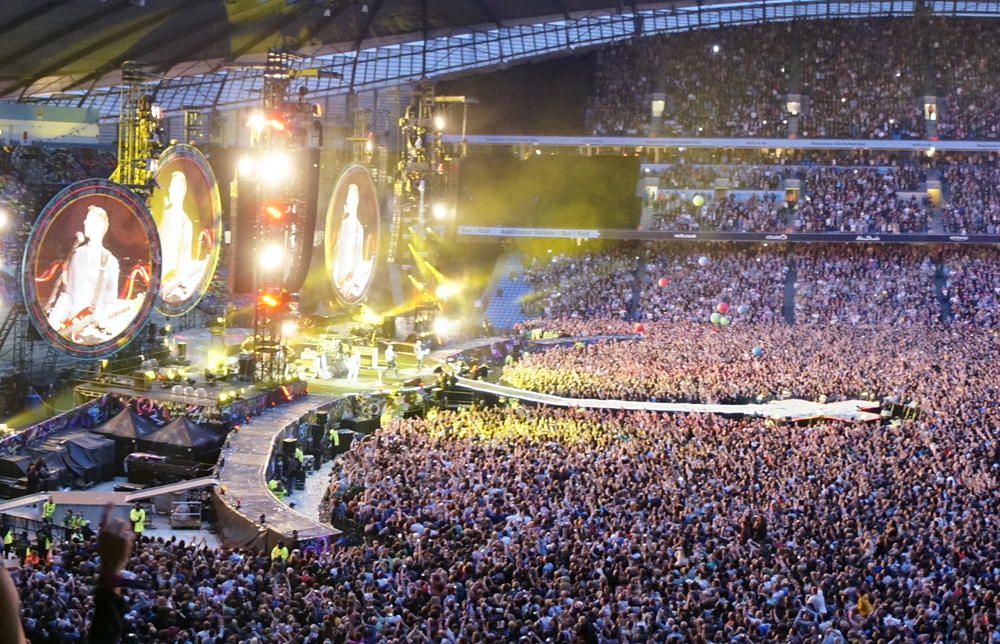 Field test passed
In May, Paul field tested the fixture on a string of European Coldplay shows alongside a host of other MAC fixtures:  MAC 2000 Beam XBs™, MAC 700 Profiles™, MAC 250 Beams™ and MAC 101s™.

“The Vipers were used to light the LED screen facias for which they needed to be bright and have a considerable zoom, which they did very well,” Paul stated, adding that he plans to put more Viper Profiles on the rider when the tour returns to Europe in late August. Lighting vendor for the European legs is Lite Alternative while Upstaging is handling the North American leg.

Positive first impression
Lighting Director for the tour is Graham Feast who also had a positive first impression of the fixture, commenting, “I'd spec them for sure. They were good optically with a nice gobo selection, the zoom function was nice and the light punchy. They held up really well in very wet conditions and held their own next to the MAC 700 Profiles, MAC 2000 Beam XBs and VL 3500 Washes that were around them.”

As with any successful tour, a good lighting crew is essential, especially when a relatively unknown lighting fixture is thrown into the mix. Graham gives special kudos to the tour’s moving light tech Ricky (Avo) Butler, “a great tech and a good person to talk to re the nuts and bolts of the lights.”

Shipping and beyond
The MAC Viper Profile has set pre-sale records for Martin Professional and the fixture is now on its way to rental houses around the globe. Upcoming variants in the Viper family include the MAC Viper AirFX™, MAC Viper Wash™ and MAC Viper Performance™.