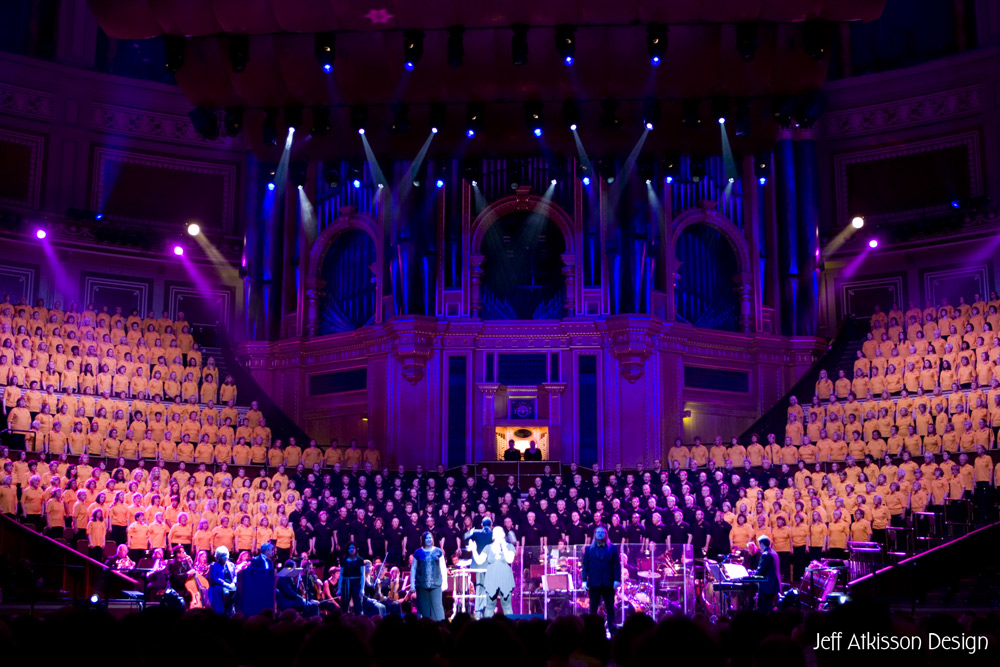 “It was at times overwhelming but also amazing knowing that I was walking into Royal Albert Hall yet completely prepared for the show before it even happened.”

Atkisson’s confidence stems from pre-visualization and pre-programming prep work done weeks before and an ocean away on a Martin Maxxyz lighting console. Atkisson programmed 100+ moving lights and 200+ conventional lights in Orlando, Florida on Martin’s ShowDesigner™ lighting and set design visualizer, which was connected to a Maxxyz console.

“Programming 100+ moving lights on a visualizer for one of the biggest venues in the world was probably one of the biggest challenges I have ever faced, but it turned out to be the perfect application for the visualizer and it worked better than I could have ever imagined!,” Atkisson exclaims. “I then moved the entire piece over to my laptop and was able to run all 425 cues that I had pre-programmed through all rehearsals to get the timing right. In London all presets were no more than 1 foot off which was pretty amazing. Everything transferred from the Maxxyz desk here in the US to the London Maxxyz flawlessly.”

“They performed flawlessly and I couldn’t have gotten through the two days prior, including a full rehearsal, without them,” he states. “This allowed me to be ready to walk into the space completely blind to a full Maxxyz console with less than 6 hours before sound checks and a full blown dress rehearsal.

“I was able to get the timing of the cues down and make sure everything was tracking correctly. When you haven’t even heard all the arrangements of the songs, this was very important. I knew exactly where I was going to need to add cues or remove them. I also knew where timings were not going to work. It was amazing, and the client loved watching the visualizer as I sat beside them in rehearsals, especially knowing it was going to be a very smooth show. I was very happy with the console and having the Maxxyz PC available to me was essential.”

Support is often a key factor in whether or not a show runs smoothly and Atkisson had praise for the staff at Martin US. “I have to say that once again the reason I have chosen Martin as my manufacturer of choice is because of the amazing customer support that they have given me. I would not have been as successful as I was without their help,” he concludes.