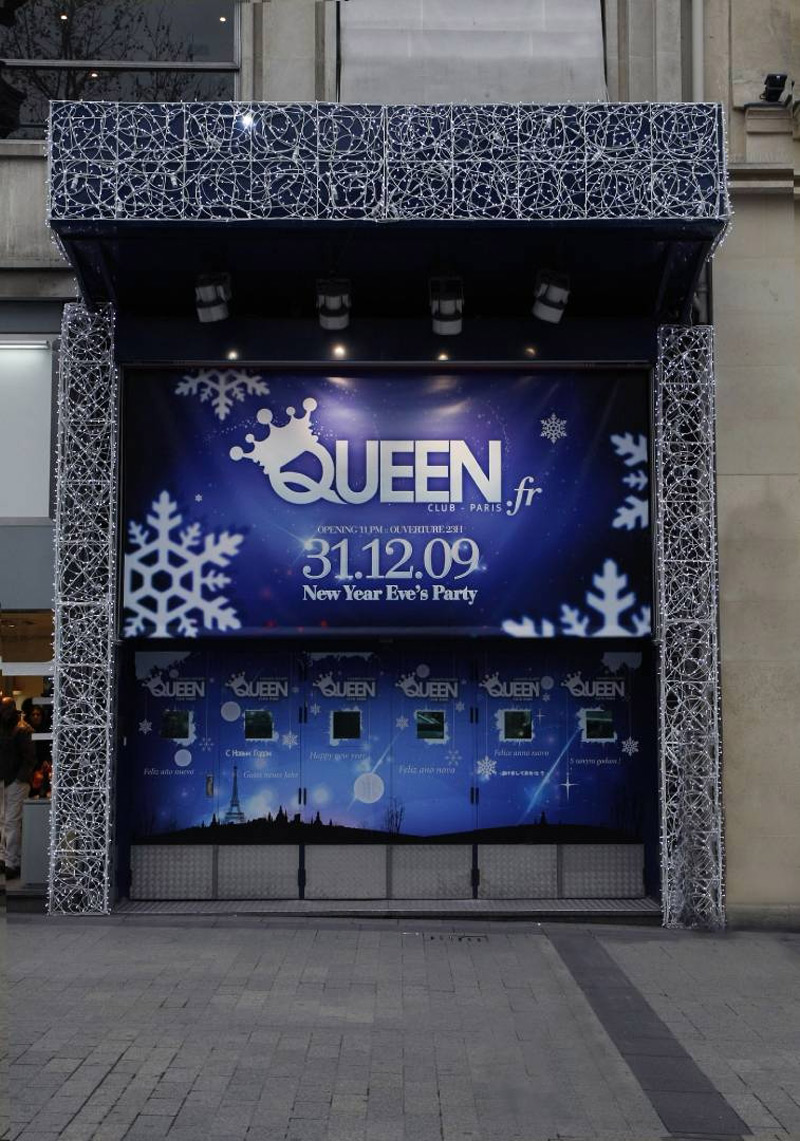 Martin Outfits the Queen of Nightclubs

A mythical Parisian nightclub and clubbers’ temple, Le Queen is one of the most important nightclubs in the capital. Located at the heart of the Champs Elysées, the often-packed club distinguishes itself by the quality of the artists that perform there as well as by its unique atmosphere. With a recent Martin lighting update, Le Queen remains an indisputable reference point for Parisian clubbers.

A party atmosphere
From the outset, the plan for replacing the lighting was simple: conserve the party spirit of the place by remaining as simple as possible. Therefore, the aim was to replace the old lighting kit while reducing the number of sources. It was, however, very important to lose neither the effects of the traditional ACL projectors nor the sensation of the power of the light provided by all of the projectors.

Power and versatility
In order to meet different expectations, two types of products have been installed on either side of the room: Martin MAC 250 Beams and MAC 575 Kryptons.

The MAC 250 Beams were chosen for their impressive power in a concentrated beam, their speed and their compact nature. It provides a significant concentrated, powerful beam and was the ideal product to replace all of the beam-type sources (ACL, Par 36, etc.). According to Philippe Fatien, manager of the establishment, these products are “easy to use, effective and provide a party atmosphere.”

As for the MAC 575 Kryptons, they were preferred due to their versatility. “We needed a projector that was capable of replacing the old effect profiles and that was also capable of providing a blanket of color right across the dance floor of the club, like a wash projector would.” The power and the different configurations available with the 575 Krypton have made it possible to install only one source to replace the two or three models that were previously in place.

The installation
All of the gear was installed in accordance with a very specific list of requirements: two truss circles placed in the center of the dance floor, close to the mirror ball, with four MAC 250 Beams and four MAC 575 Kryptons mounted on the smaller of these. The larger truss circle has been fitted with eight MAC 575 Kryptons and six MAC 250 Beams. In addition to these two circular trusses, five MAC 250 Beams that cross the entire room have been fitted high up in order to provide complete coverage of the venue.

All of the lighting is controlled using four Martin MaxModules (Cerebrum, Programmer, Playback and Button) which provide a single, complete solution in terms of control. The modularity of the system installed enables it to be adapted without any problems and to offer solutions that are as varied as they are complex.

Simple success
According to Philippe Fatien the new installation is a real success and offers new prospects in terms of atmosphere. The spirit that was sought, which was clear, pure and simple, has been maintained and even improved. “For us it was important to keep the spirit of the place, which has also contributed to our success. We wanted to reproduce entertaining effects, not complicate and confuse things. What is remarkable is that with this installation we can create a very wide range of effects with just two profile sources.”