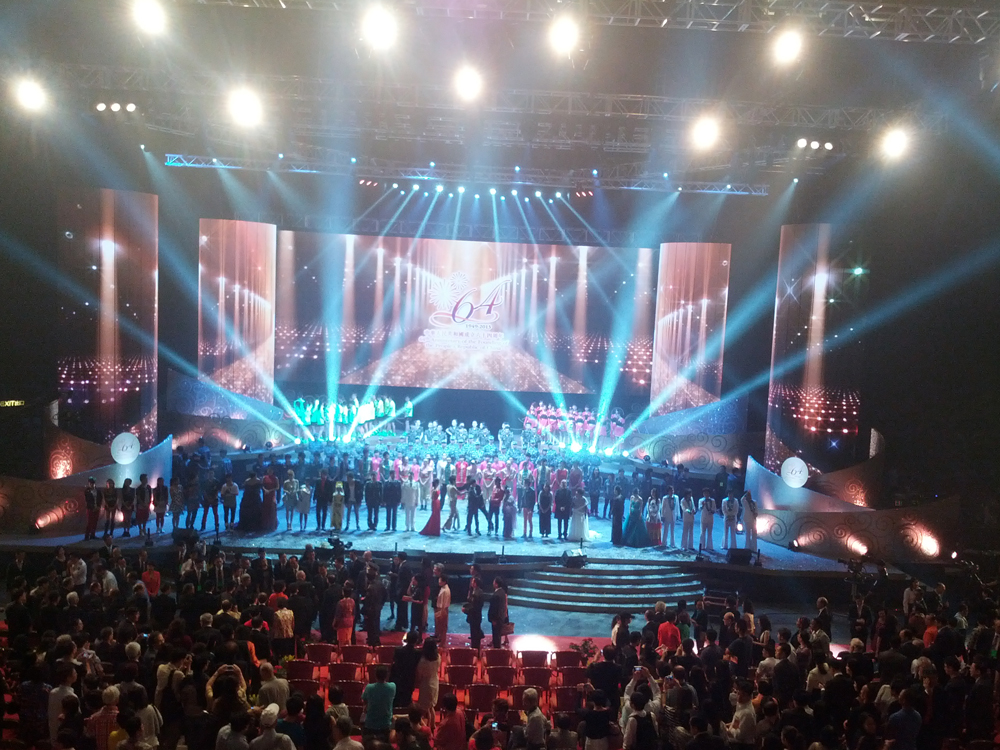 The National Day of the People’s Republic of China (PRC) is celebrated every year to commemorate the founding of the world’s most populous sovereign state. The holiday is observed throughout Mainland China, as well as the nation’s Special Administrative Regions of Macao and Hong Kong with a variety of government-organized events including fireworks and concerts. Recently, the organizing Committee of Compatriots in Hong Kong presented a cultural show at the Hong Kong Coliseum for this year’s 64th Anniversary of the founding of the PRC. To ensure a lighting display worthy of the national holiday, the Committee turned to Tom Lee Engineering Ltd., who deployed several HARMAN Martin Professional’s lighting fixtures, controlled by Martin’s M6 lighting console.

“With the M6, programming was fast and easy. I was able to customize the console and show to meet my exact needs with its touch screens,” commented the FOH engineer from Tom Lee Engineering Ltd. “I was very comfortable relying on the M6 to control the main stage design and it proved to be an invaluable asset to the success of the China Day celebrations. Also, due to the rigorous environment and continuous operation, we relied heavily on the reliability and robust design of the Martin equipment that presented us with zero downtime.”