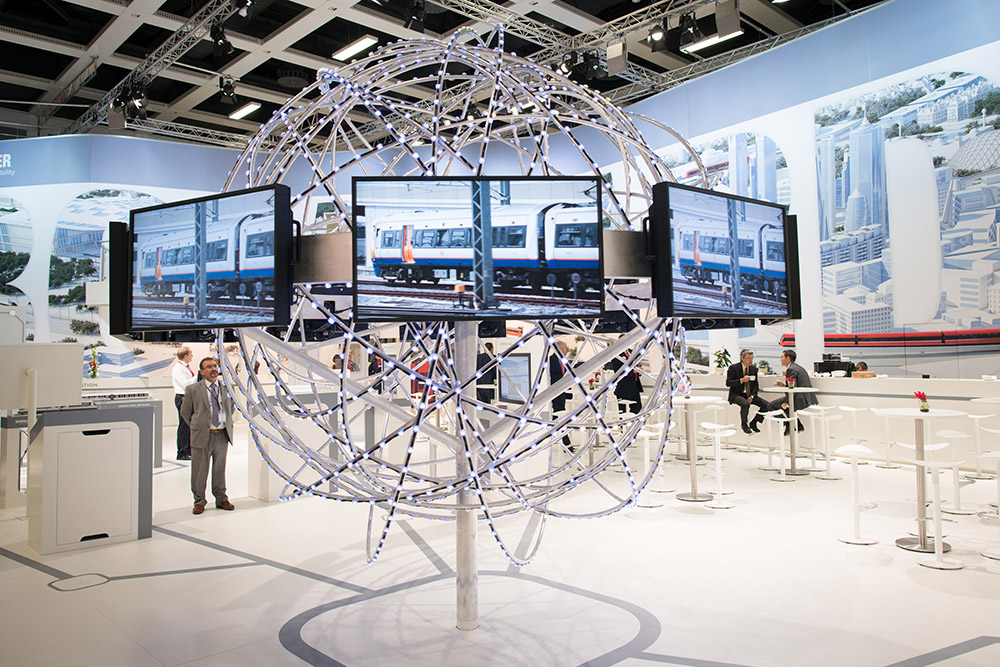 At this year’s InnoTrans exhibition in Berlin, transportation company Bombardier integrated Martin Professional’s new VC-Dot 1™ LED strings into an aluminum art structure used to simulate train traffic across the globe. The globe structure incorporated some 2000 of the individually controllable pixel dots and had the undeniable effect of attracting visitors to their booth throughout the course of the show.

VC-Dots are lightweight strings of individually controllable LEDs available with 1, 4 or 9 LEDs per pixel. They come in an RGB color mixing version or cool, medium, or warm white single-color versions and are useful in integrating LED video into any form or structure.

The Bombardier booth globe is one of the first VC-Dot installations worldwide and was done under extreme time pressure. “It is the only product on the market that allowed for the level of flexibility in programming that we needed for this project,” says Peter Breuer, CEO of Ambion. “They did what they do best - they built atmospheres.”