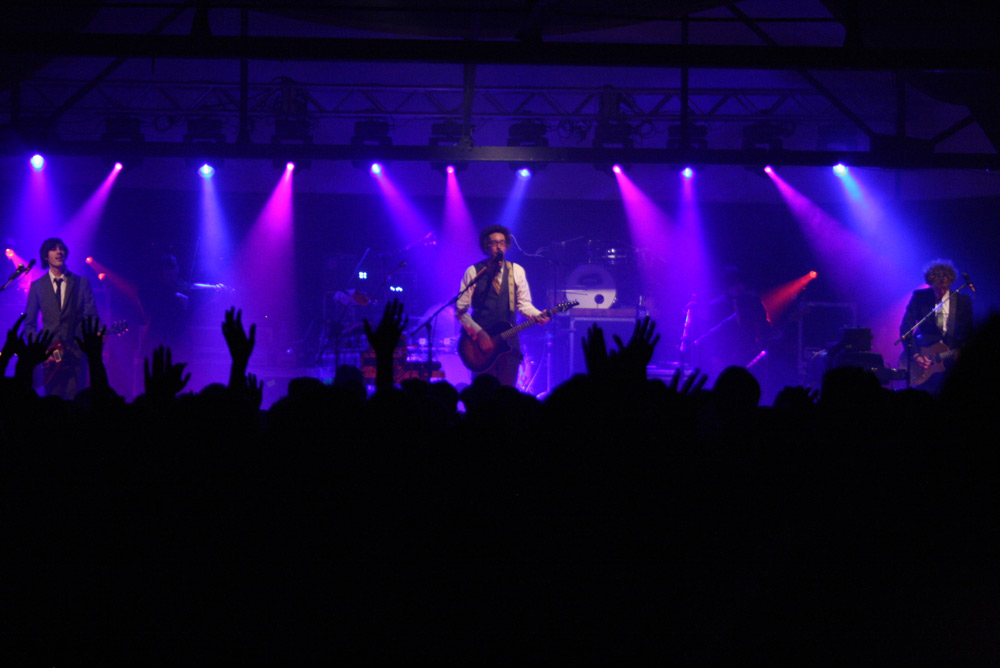 “I have always been very interested in the Maxxyz consoles and had some hands on with the full size Maxxyz a few years back at Daystar television network. I loved how the console programmed and ran,” stated Cory Fournier of Dallas, Texas, who at only 19 was hired as the tour’s lighting director and also handled programming and lighting op duties on the tour.

Fournier LDed for the band during the summer of 2009 and came across many of the industry’s top lighting consoles on that tour including Martin’s Maxxyz Compact.

“I used them all and they did the job just fine but the Maxxyz stood out the most,” he said. “We had been planning for the fall tour and I decided to use it on that. I just loved how the software operated, how reliable it felt and the layout of the console.”

Requiring a lighting rig that would take up very little space, Fournier’s first thought was to use a PC-based console rather than a lighting desk and decided on the Maxxyz PC with MaxModule Playback module. MaxModule Playback extends the playback capabilities of Maxxyz by adding 10 motorized faders with 15 LCD buttons and a master Go section. Adding MaxModules as wings allows user to customize their console and is a cheaper alternative to purchasing a conventional desk.

“I love the Maxxyz,” Fournier says. “It’s so easy to use yet so powerful! On all the freelance shows I do now I request the Maxxyz PC or a Maxxyz console.”