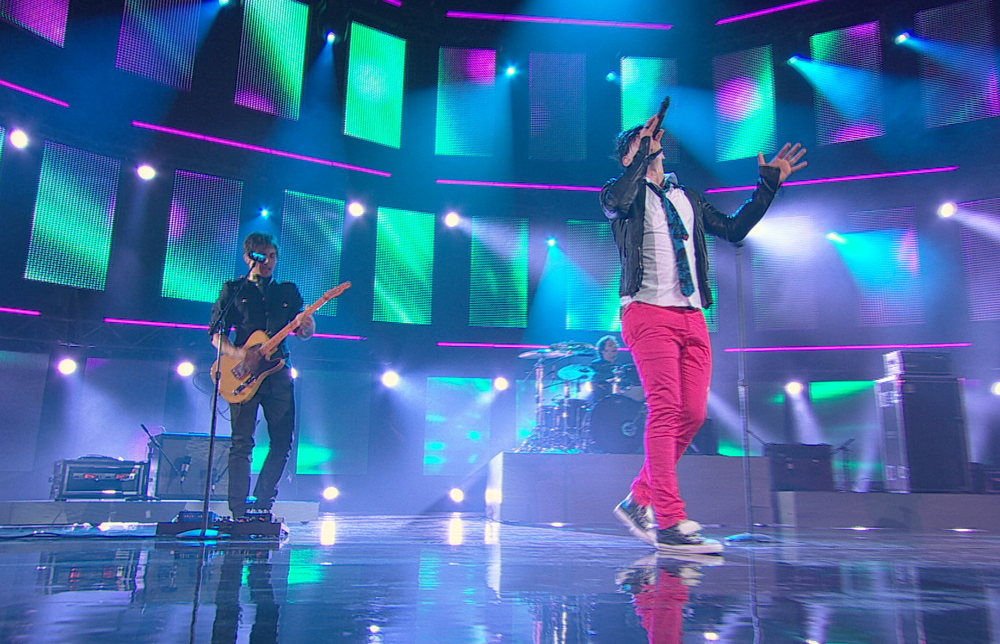 Twenty-five years to the day that Rick Hansen and his “Man in Motion World Tour” returned to Vancouver, a journey in which he circled the world in his wheelchair to raise awareness and money for spinal cord injuries, the Canadian Paralympian held a special anniversary show to inspire a new generation of activists.

Lighting Designer Robert Sondergaard of Electric Aura Projects was called on to light the show and did so in style using a large MAC rig of 191 MAC Aura™, 158 MAC 101™, 50 MAC 2000 Profile™, 10 MAC 2000 Wash™, 15 MAC III Performance™ and 8 MAC III Profile™ luminaires, all supplied by Christie Lites.

An aura of looks
Held at the Pacific Coliseum in Vancouver and televised on June 24th on CTV, “Rick Hansen Celebration 25” recognized everyday heroes and featured performances by award-winning Canadian artists.

“For Sarah McLachlan we built a look around her with 30 MAC Auras in a warm glow. It was great to have the look of a bunch of warm bulbs behind her but without having a bunch of light on the stage,” Robert says, noting that this was the first time Electric Aura Projects had really used the ‘aura’ aspect of the fixture separate from the beam.

For Marianas Trench Robert used all 191 MAC Auras in an aura chase with LED strips as an underlying base to the song, while the beam portion of the Aura fixtures hit with the music. “Once again it was great to have all of the fixtures doing a huge chase without light polluting the audience or stage, Robert commented. “It was also very effective to have the beams blast through as needed while the base remained constant.”

MAC Auras were also used to light the audience, which Robert says, “Even at a 45’ trim were able to get the light level and color saturation needed for TV.”

101s pack a punch
Robert also had an abundance of Martin’s super small MAC 101 LED washes at his disposal, which were hung off of the railings of the upper bowl to back light the audience and provide aerial beams for the reverse camera shot. “Their small size meant that they weren’t an obstruction for the audience sitting behind them, but they still packed a great punch.”

The LC panels were spaced with approximately a one meter gap vertically and horizontally with a bottom row of Martin EvenLED LED panels between them. The gaps between the panels were filled with MAC 2000 Profiles and MAC Auras so that the entire background was filled with lights and video.