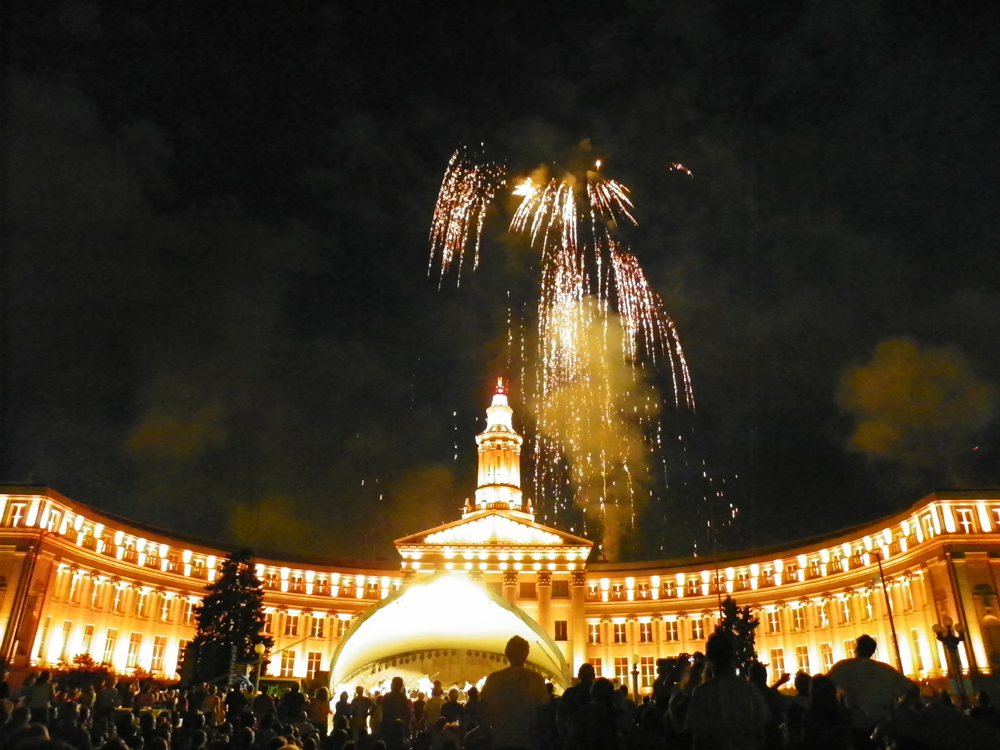 Full service LED lighting company Blazen Illuminations of Loveland, Colorado produced the lighting for the event. Blazen owner Nate Webb, who served as lighting designer, commented on the new console, “The M1 performed flawlessly and made it possible to do this event without all of the heavy lifting. Setting up the console took about two minutes and we were up and running.”

Martin M1 console
The M1 is Martin’s recently launched all-in-one lighting console that sets new standards in simplicity for a full featured desk. With the full power of a larger desk and the agility of a smaller one, it is the most affordable full-featured lighting desk on the market. The M1 follows the philosophy and ease of use concept of Martin’s Maxxyz™ controller platform.

“The M1 has all the great controls of the bigger consoles but without the heavy motorized faders,” Webb stated. “There was no learning curve from the Maxxyz to the M1, its all there. The standard 10 cuelist faders and the 12 playback faders make it easy to control any show. The best part of it is the size and weight. I can carry it by myself and set it on a table. This is the best small console out today.”

Controls dynamic backdrop
The concert event, held on July 3rd, was headlined by a live performance of the Colorado Symphony and included the Denver City and County Building as a dynamic backdrop, providing color schemes set to music.

The City and County Building was lit last fall with over 585 LED wall washers and is controlled via a Martin Maxxyz Cerebrum with Maxxyz Manager. For the “Independence Eve” event 24 LED lights were added by rental company Opera Shop of Denver, all controlled by the new M1 console.

“The M1 is awesome, there are no unneeded cables or monitors to hook up. We only used the power cable and a Cat5e for Artnet. Operating on the proven Maxxyz software, there was no problem migrating the show from the Maxxyz Cerebrum™ to the M1. I believe that the new M1 will give any designer the freedom of Maxxyz control on any tour or fly date.”

The first annual event was organized by the Denver-based Civic Center Conservancy, an organization dedicated to helping the City and County of Denver restore, revitalize and enhance downtown Denver's Historic Civic Center Park.